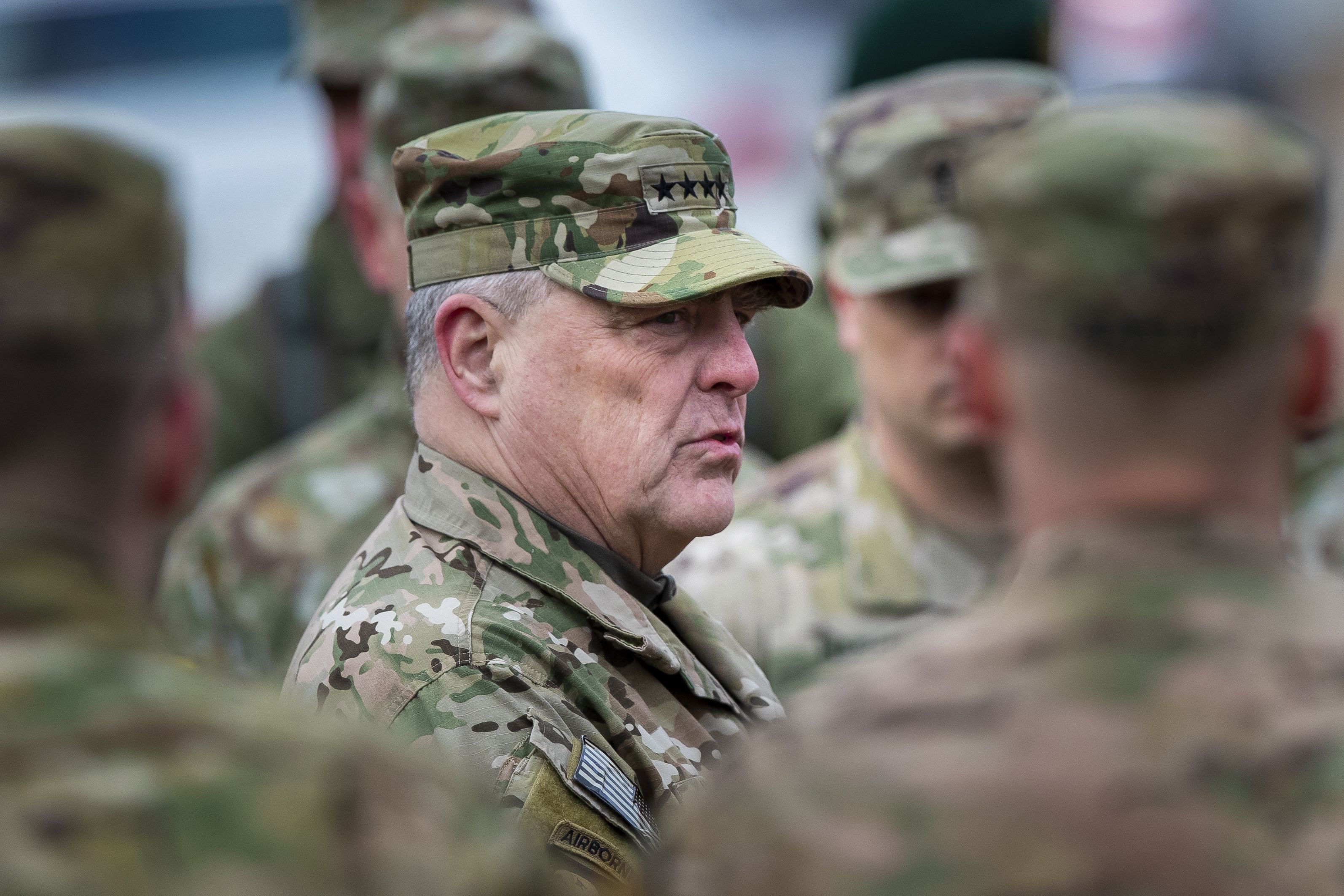 LONDON ― Amid mounting calls to break Russia’s blockade of Ukraine’s Black Sea ports for grain exports, America’s top military officer said that to do so militarily would amount to a “high risk military operation.”

Gen. Mark Milley, chairman of the U.S. Joint Chiefs of Staff, made the remarks to reporters as he arrived here Tuesday to meet with his “Five Eyes” counterparts before heading to Finland and Sweden, which have applied for NATO membership, later this week.

The Five Eyes intelligence sharing alliance includes Britain, Canada, Australia and New Zealand. The meetings come as Russia is battling to capture the eastern industrial region of the Donbas and as its blockade of Odessa, the main port by which Ukraine exports its grain, is fueling a global food crisis.

“You can take the grain out by truck or train, or you can take it out by sea. Right now, the sea lanes are blocked by mines and the Russian navy. In order to open up those sea lanes would require a very significant military effort,” Milley said. If policymakers opted for it, “it would be a high-risk military operation that would require significant levels of effort.”

U.S. President Joe Biden has committed to defending NATO and coordinated weapons shipments to Ukraine, but has resisted other calls for U.S. troops to get involved as he seeks to avoid coming into direct conflict with Russia and sparking a wider war. In March, Biden opted against a no-fly zone sought by Ukrainian President Volodomyr Zelenskyy because Biden deemed it escalatory.

Retired Adm. James Stavridis, a former supreme allied commander of NATO, argued this week ships under the auspices of the United Nations, NATO or a coalition of nations could escort convoys of grain as U.S. naval vessels escorted oil shipments in the 1980s, amid tensions with Iran.

Amid reports that as much as 20 million tons of grain is stuck inside Ukraine — the world’s fifth-largest producer of wheat, Army Gen. Christopher Cavoli, the nominee to become the top U.S. general for operations in Europe, last week praised Germany’s rail agency for enabling transport of Ukraine’s grain over land into Western Europe through its “Berlin train lift,” a play on the Berlin airlift of World War II.

The White House last week rejected calls from Russian President Vladimir Putin for the West to lift sanctions against Moscow over the war in Ukraine.

In the lead-up to NATO’s summit this summer, Milley is in Europe both to show support for allies who have unified against Russia’s invasion, but also to help coordinate military aid for Ukraine ahead of a third meeting of donor countries convened by Defense Secretary Lloyd Austin, set for June 15.

“We have to make sure we have continued, coordinated synchronized support to the Ukrainians, both lethal and non-lethal,” Milley said.

Three months into the conflict, Milley acknowledged ― amid reports of fissures among allies over what victory over Russia would look like ― there are differences of opinion. Zelenskyy has said repeatedly he wants the Russians pushed back to where they were on Feb. 23, before the large-scale invasion started, but he’s also said he’s ready to negotiate with Moscow.

“I think that agreement might be too strong a term,” Milley said in response to a question. “But generally speaking, most of the policies of the various countries would say that the rules-based order must remain intact, Ukraine must remain a free and sovereign country.”