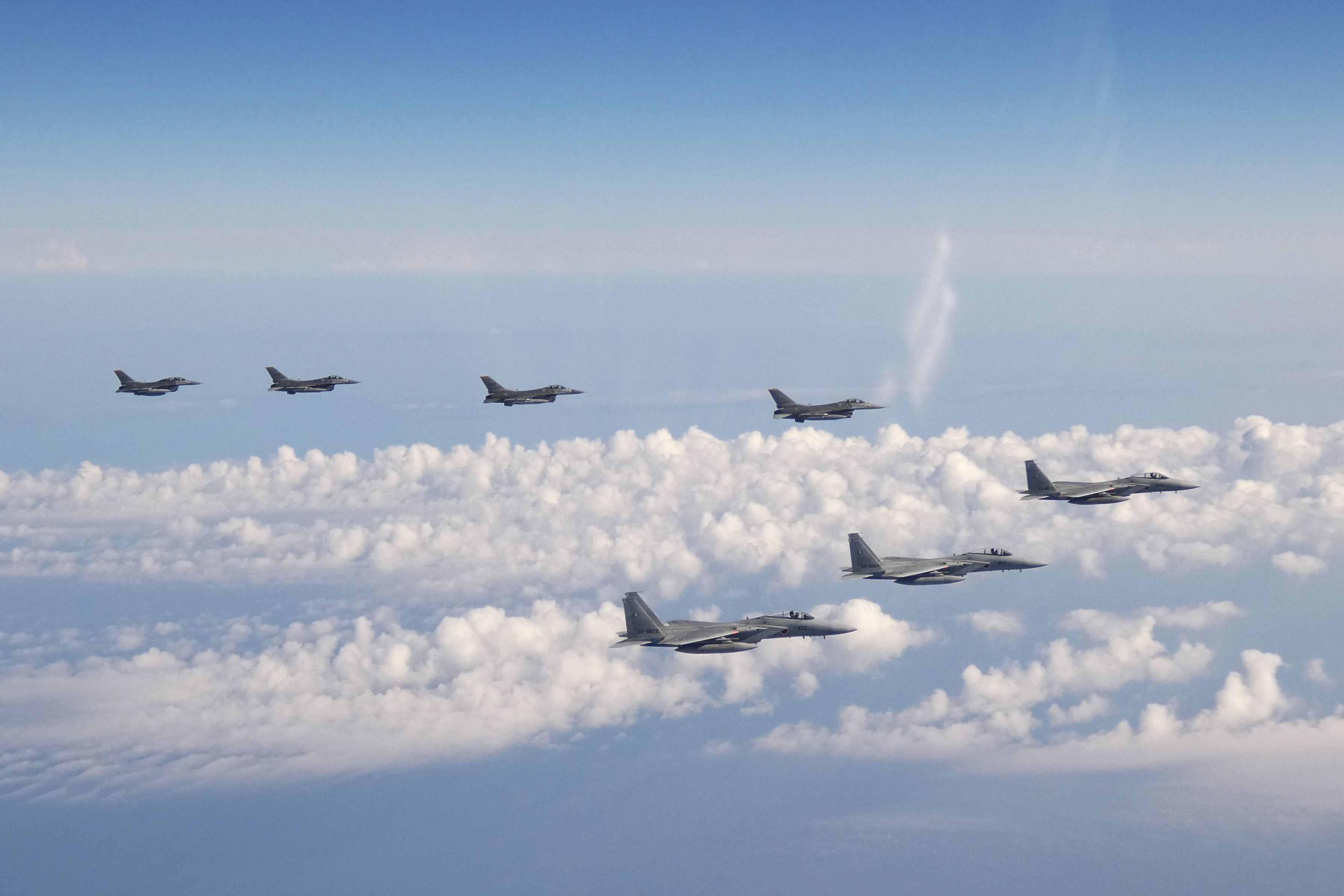 TOKYO (AP) — Japanese and U.S. forces have conducted a joint fighter jet flight over the Sea of Japan, Japan’s military said Thursday, in an apparent response to a Russia-China joint bomber flight while U.S. President Joe Biden was in Tokyo.

The Japan-U.S. joint flight on Wednesday involved eight warplanes based in Japan, including four U.S. F-16 fighters and four Japanese F-15s, the Joint Staff of the Japan Self-Defense Forces said.

The joint flight was meant to confirm the combined capabilities of the two militaries and further strengthen the Japan-U.S. alliance, it said in a statement.

The flight occurred hours after North Korea fired three missiles, including an intercontinental ballistic missile, toward the sea between the Korean Peninsula and Japan, amid concerns about another nuclear test by the North. The missiles fell in waters outside of Japan’s exclusive economic zone.

Chinese and Russian strategic bombers conducted joint flights near Japan on Tuesday, Japan’s Defense Ministry said. Biden was meeting with Japanese Prime Minister Fumio Kishida and their counterparts from India and Australia for the Quad, an Indo-Pacific security and economic coalition meant as a counterweight to China’s growing influence in the region.

Chinese H-6 bombers joined Russian TU-95s over the Sea of Japan and flew to areas over the East China Sea, but did not violate Japanese airspace, Japanese Defense Minister Nobuo Kishi said. Separately, a Russian IL-20 reconnaissance plane was spotted flying off the northern Japanese coast.

The Chinese-Russian joint flight represented an “increased level of provocation” and a threat to the Quad, Kishi said.

China said the flights were over the the Sea of Japan, the East China Sea and the western Pacific. Defense Ministry spokesperson Wu Qian said it was a “routine joint strategic air patrol” that has been carried out four times since 2019.

“This operation is not aimed at a third party and has nothing to do with the current international and regional situation,” he said in a video statement posted Wednesday on the Defense Ministry website.