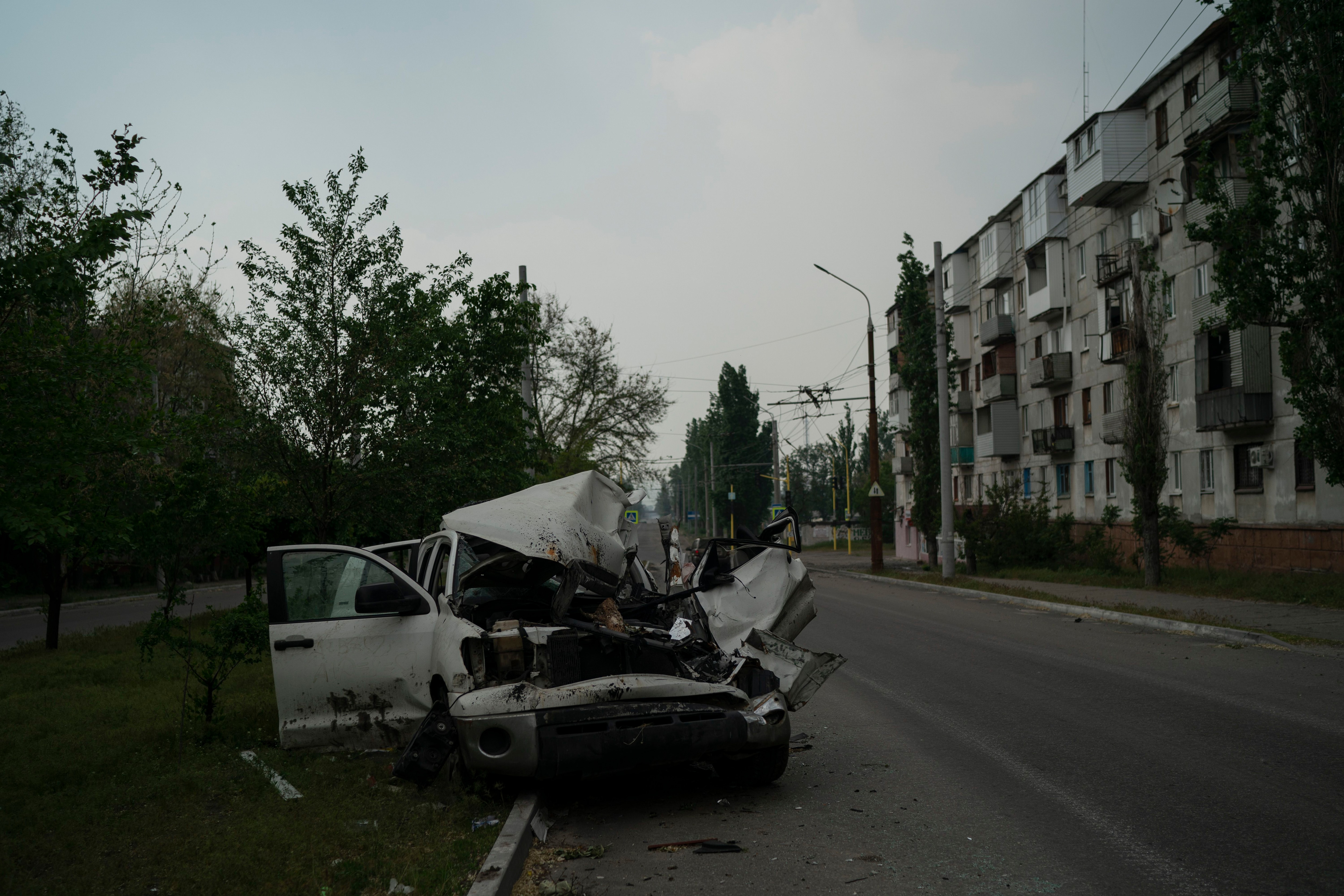 SOLEDAR, Ukraine — A month into Russia’s Donbas offensive, Moscow’s troops were still searching for a breakthrough. That may have finally arrived.

On May 18, Russian forces broke through Ukrainian lines west of the town of Popasna. Russia massed units there after capturing the town on May 8, preparing for a larger assault to drive into the open terrain to the west. Their primary objective appears to be cutting the highway leading from Bakhmut to the cities of Lysychansk and Severodonetsk, the last remaining Ukrainian outposts in Luhansk Oblast and the scene of fierce urban fighting for weeks.

The situation on the ground indicates they are close to achieving this goal and the coming week will be pivotal.

As recently as Friday, the Pentagon still believed Russian successes have been limited, with small towns and villages changing hands every day in the Donbas.

“The Russians are still well behind where we believe they wanted to be when they started this revitalized effort in the eastern part of the country,” Pentagon press secretary John Kirby told reporters.

But the feeling of approaching war was evident on the outskirts of Bakhmut on May 20. On the city’s northern approaches, checkpoints had recently been strengthened, and additional ones set up. Soldiers at the post guarding the road heading north tell travelers that they may cross, but their safety cannot be guaranteed.

This point is immediately driven home by the van slowly trundling up to the checkpoint from the north. It is barely moving: one of the front tires is flat, and two others have been completely shredded away, leaving the vehicle driving on rims. More concerning are the bullet holes across the van’s windshield and left side, indicative of having taken Russian small arms fire somewhere up ahead.

The road itself is a no man’s land. A few Ukrainian military vehicles still use it: a T-64 main battle tank rumbles slowly along just ahead, the lack of any soldiers sitting on its chassis (as is commonly seen these days) another indication that the section up ahead is an active combat zone. The road is broken up by the craters of fresh shellfire — soldiers at the checkpoint confirm that the road is now under direct Russian artillery fire.

This section of the road is still flanked by trees, providing at least some cover. A few kilometers further, the trees break, leaving nothing but open fields in either direction. Artillery fire, always audible, is now much closer.

The town of Soledar, some seven kilometers north of Bakhmut, is nearly a frontline at this point. A press officer for Ukraine’s 24th Mechanized Infantry Brigade, fighting in the area, confirms that Russian forces are less than five kilometers from the town, and the road. On the outskirts of Soledar, the Knauf plant, a massive housing materials factory, has been hit by an airstrike and lies half-destroyed. Any further up the road, survival is pure luck: a point illustrated grippingly by a video from an AFP photographer on May 23, as he and his team are forced to abandon their vehicle and wait for shelling hitting perhaps 100 meters away to cease before continuing on.

Those few travelers who do make it down the road in one piece are visibly traumatized by the experience.

Back at the Bakhmut north checkpoint, one car pulls up, a white Lada full of civilians who have just braved the highway. The woman in the front seat is near-hysterical, shrieking at the soldier nearest her, who tries ineffectually to calm her with words of, “don’t worry, you’re safe here now.”

A conversation reveals they have just left the town of Zolote, now nearly surrounded by recent Russian advances to the northeast.

Other soldiers at the checkpoint also admit the momentum is on the enemy’s side.

“The situation is difficult,” says Artyom, a soldier standing guard. “The shelling is very close now. We are preparing now in Bakhmut,” he says.

Those preparations are visible. Between Bakhmut and the town of Konstantinivka to the west, new trenches and earthworks are being established. Near the northern outskirts of Bakhmut, concentrations of Ukrainian armor are hidden in the tree line: tanks, infantry fighting vehicles, and self-propelled howitzers.

That does not bode well for the fate of those outposts further north. With Russian forces advancing to cut the main supply line to Lysychansk and Severodonetsk, Ukrainian troops are now forced to rely on a single alternate route that crosses further to the west.

Any further Russian advances might make it necessary to abandon the two Luhansk cities entirely, lest the experienced and valuable forces there be cut off.

In the meantime, Russia continues to press its offensive all across the Donbas. This week will be a decisive one for Ukraine’s prospects of holding the region — and Russia’s chances of seizing it.

Ukraine’s military intelligence chief said in recent days that his country’s goal is to reclaim Crimea and eastern territories seized by Russia in 2014. But it remains unclear if the Ukrainians — even when armed with new U.S. artillery tubes and other Western weapons — can achieve such a position and avoid a diplomatic settlement.

Senior U.S. military officials said Monday that the end-state of the war will have to be defined by the Ukrainians.

“Our effort is to do everything that we can to strengthen Ukraine’s hands on the battlefield, and also at the negotiation table,” Secretary of Defense Lloyd Austin told Pentagon reporters. “We’re going to stick with doing everything we can to make sure that they achieve their objectives. At the end of the day, you know, what this looks like, what the end state looks like, will be defined by the Ukrainians, and not by us.”

Neil Hauer a freelance Canadian journalist, analyst and researcher writing on Russia, Ukraine and the Caucasus, both North and South. He is currently in Ukraine reporting on the Russian invasion there. He has years of experience living in the region and reporting on the ground from all over, including the frontlines of Nagorno-Karabakh in 2020.