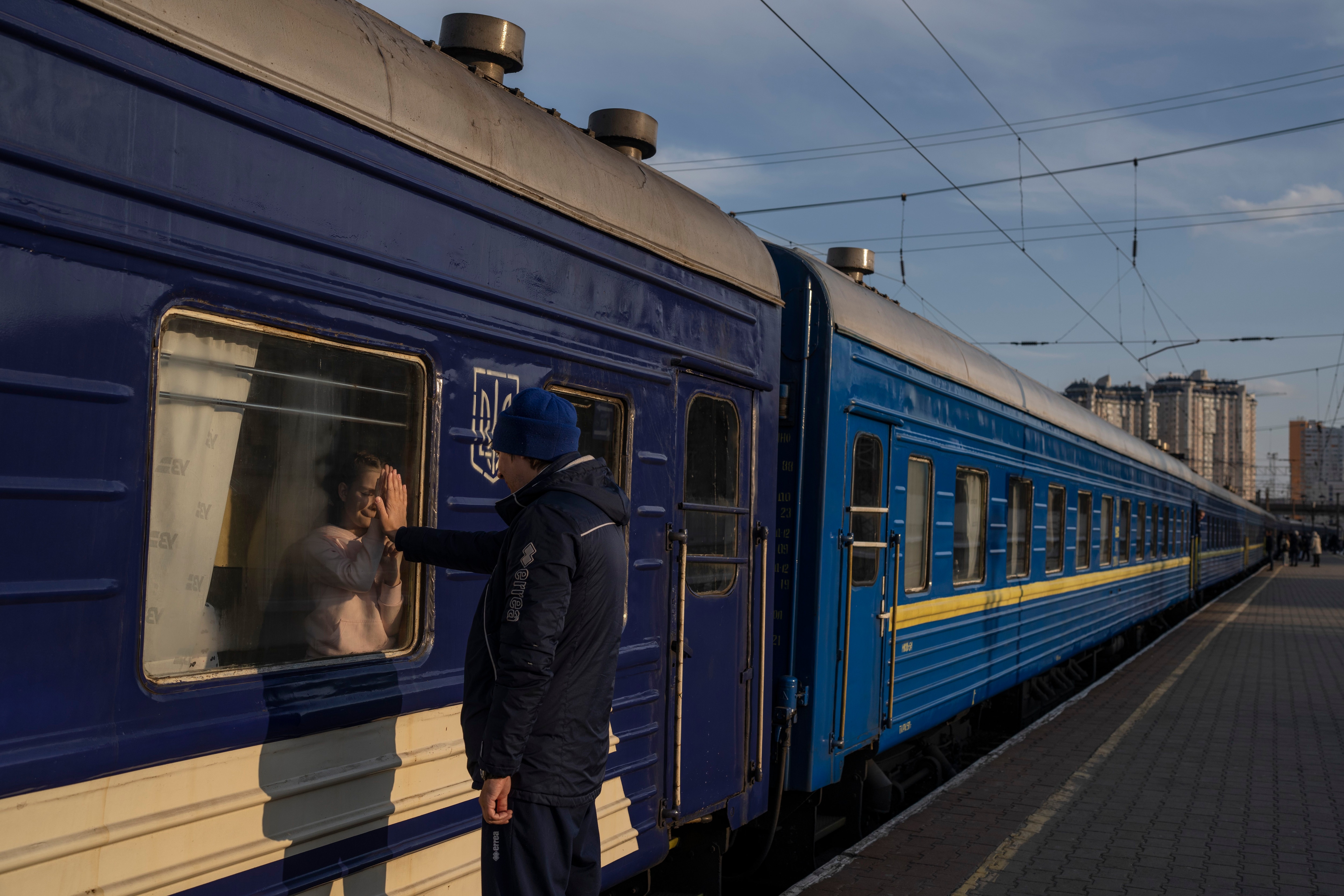 KRAKOW, Poland — As someone who dreamt of growing up to be a journalist and spent their childhood watching their parents deploy to Africa and the Middle East and work with special forces at home in Virginia, being a war correspondent has been my goal for as long as I can remember. Adding to that, I also served for five years in the Marine Corps as a Middle Eastern Cryptologic Linguist, deploying once with the 15th Marine Expeditionary Unit in 2017.

Now that I’m a civilian again and have some time before starting a master’s program in the fall, I decided to chase that childhood dream. And, while I certainly don’t recommend anyone blindly enter Ukraine — or any war zone, for that matter — here’s what I saw when I did just that.

It was mid-April, and I was following a story about an American woman who travels alone, evacuating fleeing Ukrainians, bringing them into Poland. I tagged along, sitting in her blue evacuation van for 15 hours as we drove from Krakow, Poland, to Odesa, a port city in the southern portion of Ukraine.

Having briefly deployed to the Middle East and North Africa, Ukraine was not what I expected. The places we stopped during an air mission in 2017 were deserted, shelled-out ghost towns in the midst of endless desert. Ukraine was and is a very different kind of war zone.

Going in, essentially alone without the reassurance of the U.S. military’s support if anything hit the fan and no kit or weapons was a harrowing experience.

Driving in from Poland, there was nothing but empty villages and very few people save for the elderly and those racing back toward the safety of the border. We passed convoys of armed Ukrainians in civilian vehicles, presumably territorial defense soldiers, and only occasionally saw military vehicles — like Humvees — dotting the highways the further into Ukraine we went.

Now, imagine the forts you’d make as a kid, with a little flag tied to the end of a stick marking your territory. That is what some of these checkpoints, especially those found in the more western part of the country, look like. While the Ukrainians have set up quite the network of security checkpoints on country roads and major highways, I would never put an American servicemember behind one and feel like they’d be covered.

They’re all makeshift, usually some combination of sand bags and cement blocks, covered with mismatched netting. One of the nets used headed out of the country from Odesa to Moldova was blue, maroon and white. They’re using whatever they can find. And to top it all off, it was clear that a stiff wind would be all it took to knock some of the smaller ones down.

Like gate guards at U.S. military installations, the soldiers and police there search vehicles and check identification, although nowhere near as thoroughly. As Americans though, we were quickly waved through by flashing our passports or having our translator explain we were there on a humanitarian mission. Being women, sometimes all it took for us was a smile, and we were sent on our way.

The closer we got to Odesa, the farther East we drove, we began witnessing more of the expected wounds of war: bombed out gas stations and buildings and blaring air raid sirens that made it clear we were no longer in a physically unaffected area.

Having lived for a while in Germany after my mother, an Army Signals Intelligence Officer, was recalled to active duty following the terrorist attacks of September 11, 2001, I consider that country my second home, especially now that my family lives there again. I’m incredibly familiar with how that part of Europe looks, so when I say that Ukraine looks like Germany, that’s because it does.

Swap out the Orthodox chrome church domes for classic European church steeples and ignore some of the remaining Soviet-era monuments and it might as well be Germany, which is partially what makes the conflicg in Ukraine so surreal.

What sticks out to me is how minimal the degree of separation between ‘us’ and ‘them’ is. The country isn’t dissimilar to just Europe. Parts of it also resemble the United States. Driving into Ukraine on the M10 highway, I was struck by the worst case of deja-vu. I might as well have been driving from my hometown of Virginia Beach to Williamsburg, Virginia, on Interstate 95.

In the bigger cities, their lives are remarkedly similar to our own. In Odesa, I walked by boardwalk carnival stalls like those in Santa Cruz, California, near the Defense Language Institute or Myrtle Beach, South Carolina. There was even a young couple on a date at a shoot gallery.

I ate at a combination hookah bar and restaurant while American music blasted from speakers while young Ukrainians walked around, dressed like any American Millennial or Zoomer would, heads down as they scrolled through social media on their iPhones. All of these scenes, of course, were marred by the Ukrainian soldiers with guns casually strolling the streets.

It’s a striking juxtaposition to the wars in the Middle East. There, not only were there decades-worth of physical trauma to mark the embattled countries as the war zones they are, but there is a sense of ‘otherness’ that helped those of us who served there separate our lives as Americans from theirs.

That’s not to say that servicemembers care any less about the conflicts in the Middle East — I know I continue to follow the news in Afghanistan, for example, and was devastated by the losses both our countries suffered with our withdrawal and nearly all of the Taliban’s actions since then.

But, the ability to come home and live in a completely separate environment, with differences in everything from the cultural and religious ideologies to the clothes worn and food eaten, helps with compartmentalization, personal traumas aside.

It’s that lack of ‘otherness’ I saw in Ukraine that continues to weigh on my mind in a way my time as a Marine focused on the Middle East never did.

Ukraine could easily be my home, and seeing it destroyed broke the part of my heart that views the concept of home as safe and sacred, especially after years of homesickness while serving elsewhere.

To summarize, Ukraine was a gut punch.

I barely scratched the surface on the destruction seen in Mariupol or Kharkiv. Being in Ukraine at all, however, I could see their fighters as my fellow Marines in dangerous positions without enough gear or back up.

The young Ukrainian adults carrying on with their everyday activities looked like the Penn State students I walked past in college, completely unfazed by air raid sirens or shelled out buildings. I observed children play on a beachside playground as those warning signs blared, watched their disappointment about being kept away from shoreline because of the mines that might have washed up.

Being in Ukraine was like looking out my bedroom window and seeing my own neighborhood repeatedly battered and threatened, with nothing do to but watch, helpless.