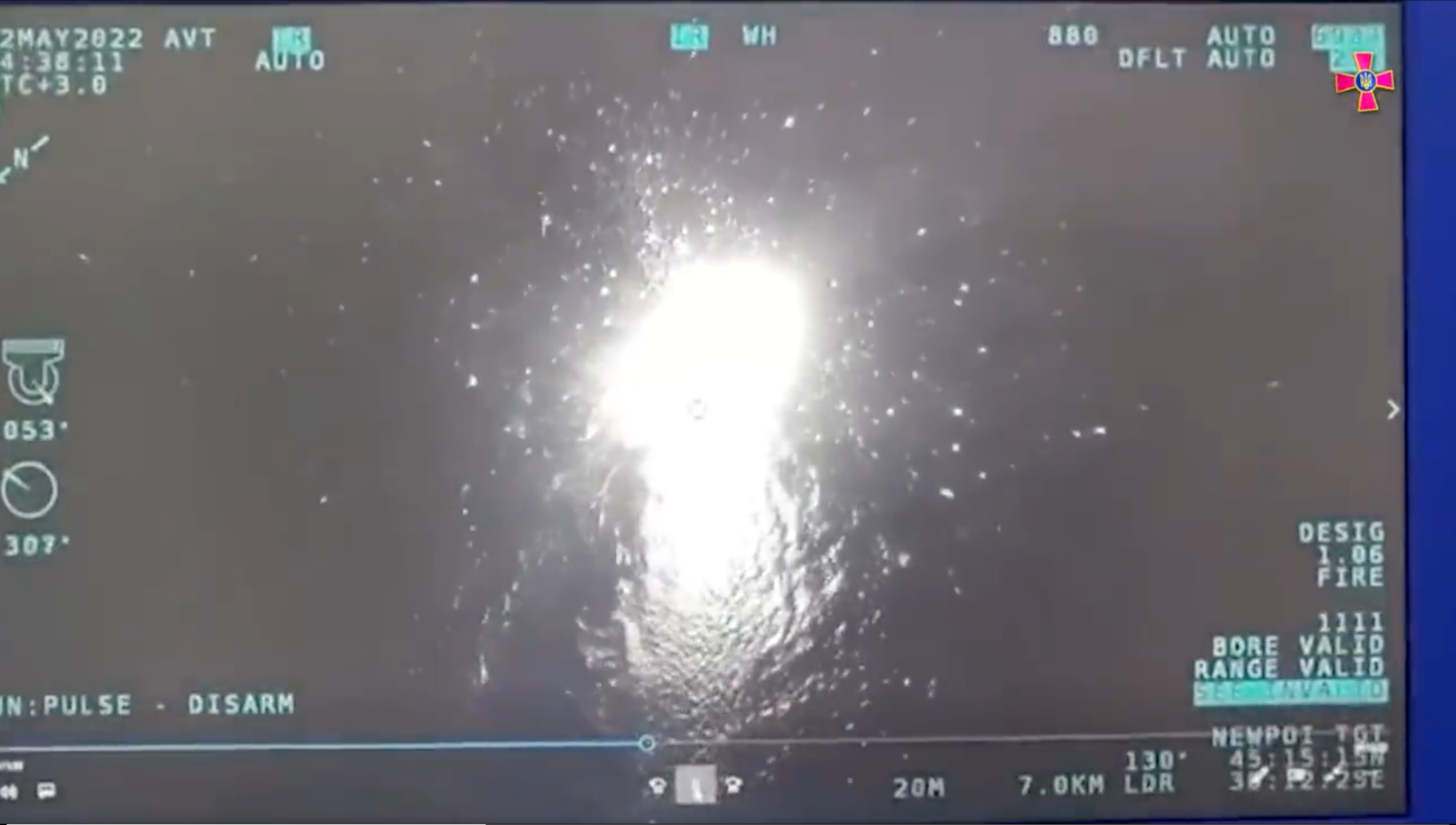 In what appears to be their latest exploit, Ukraine’s armed drones destroyed two Russian patrol boats in the Black Sea just off Snake Island Monday morning, according to the country’s defense ministry and videos of the strikes.

Multiple videos of the attacks have been circulating on social media, including a version posted to the Ukraine Defense Ministry’s verified accounts that includes timestamps and geographic coordinates on the drone’s operating display.

The island, where Ukrainian border guards were attacked by deck guns on Russian vessels at the war’s onset, has been a symbol of Kyiv’s resistance and willingness to fight since audio emerged of the island’s garrison responding to a surrender demand by telling the Russian cruiser Moskva to “go f—” itself.

Ukrainian government sources initially stated that all 13 guards on the island were killed, but backtracked days later after Russia said they had been taken prisoner.

All 13 Ukrainian guards were eventually released in a prisoner exchange. In April, the cruiser Moskva was also badly damaged by a Ukrainian anti-ship missile attack and later sank.

A longer version of the footage depicts portions of what appears to be the island’s coastline.

According to an Army Training and Doctrine Command site, the Raptor-class has been around since 2015 and has a crew of two and a transport capacity of 19 troops to complement its armament of machine guns and automatic grenade launchers. The boats are intended for operations in and around coastlines, with a range of 400 nautical miles.

The attack also represents a reappearance of Ukraine’s Bayraktar TB2 armed drones, which have played a major role in recent conflicts in Libya, Nagorno-Karabakh and Syria.

Ukrainian military officials indicated before the war that they had approximately 20 of the small Turkish-made drones, though they say they’ve received more since the war’s outset.

While the weapons have reportedly played a role in some of the war’s high profile events, a large part of their benefit comes from what drone expert Samuel Bendett described to Military Times as the “mythology of the Bayraktar” in a March phone interview.

According to open source analysts Joost Oliemans and Stijn Mitzer, newer Bayraktar models have appeared on the battlefield as well.

Since the war began, Mitzer has counted at least 62 Russian assets destroyed by the drones, including logistics trains carrying fuel and the two patrol boats destroyed Monday.