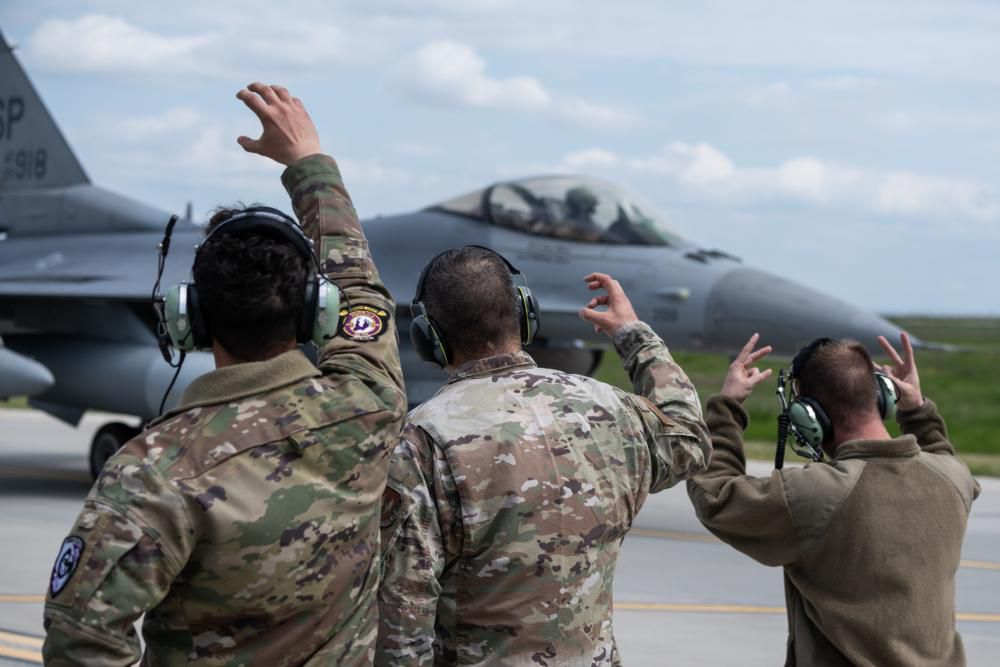 The Russian invasion of Ukraine is steadily approaching it’s third month. And airmen from Aviano Air Base in Italy are preparing to take over for Air Force fighter jets from Spangdahlem Air Base currently serving as the U.S. contingent in NATO air policing efforts in Romania.

“Our ability to operate shoulder-to-shoulder with our regional Allies bolsters our collective defense and interoperability across the Eastern flank.”

The U.S. military has deployed a myriad of aircraft since Russia launched its invasion of Ukraine on Feb. 24 — including dozens of AH-64 Apache helicopters and F-35A Lightning II and F-15 Eagle fighter jets — to NATO-supported bases in Estonia, Latvia, Lithuania and Romania.

Airmen with the 480th EFS first arrived at Fetesti Air Base as part of a three-month rotational deployment to support NATO’s Enhanced Air Policing mission in the Black Sea region, working alongside allies from Romania, Italy and the United Kingdom.

U.S. troops from the 510th EFS will also be working alongside Italian Typhoons that have been flying in the region in since December.