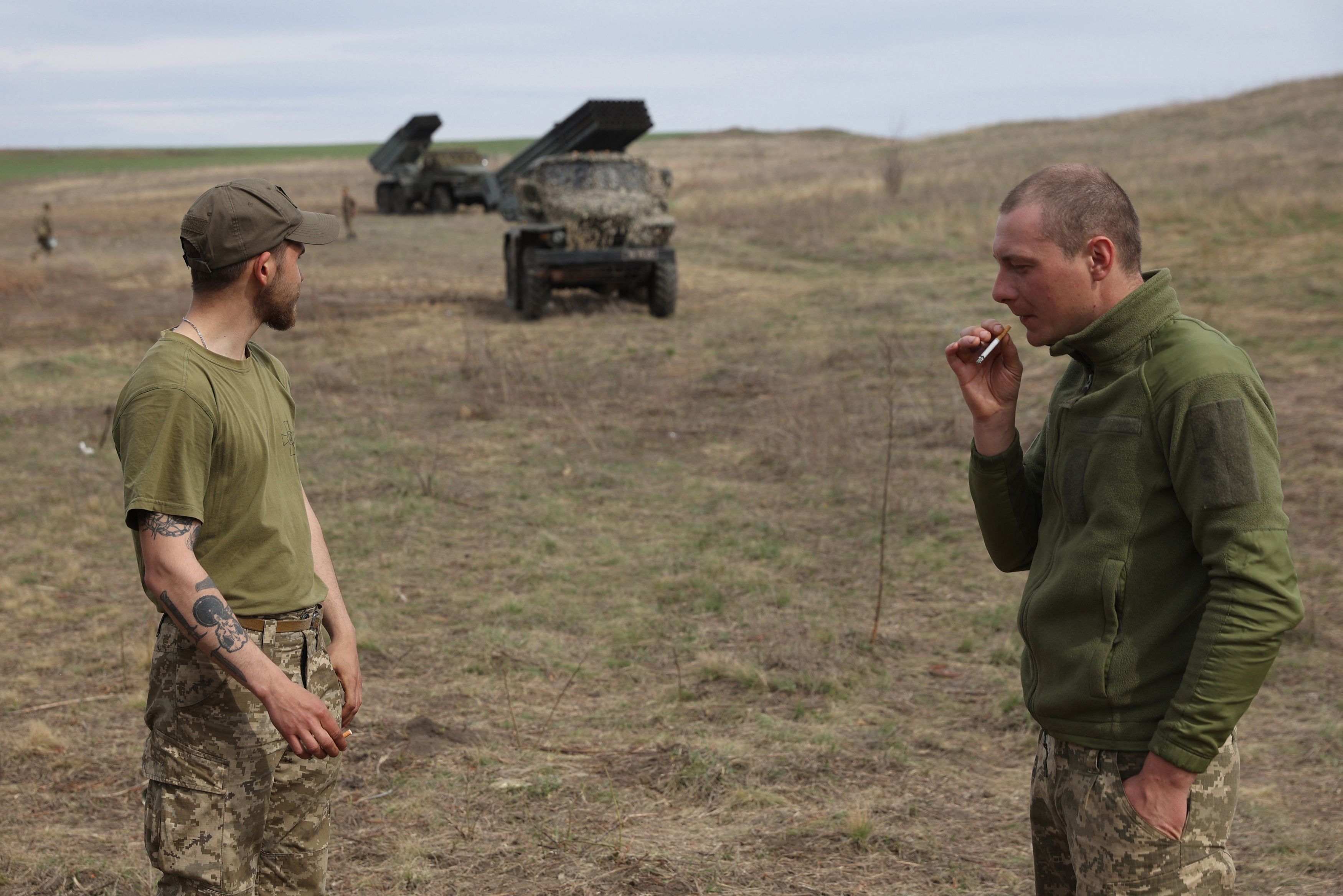 WASHINGTON ― The U.S. and its allies are preparing to send heavier weapons to Ukraine in anticipation of Russia focusing its efforts on the eastern part of the country.

British Prime Minister Boris Johnson paid a surprise visit to Ukrainian President Vlodymyr Zelenskyy in Kyiv on Saturday, where he pledged 120 armored vehicles and new anti-ship missile systems. This came a day after he promised to send an additional £100 million (U.S. $130 million) of high-grade military equipment to Ukraine, saying Britain wants to help Ukraine defend itself against Russian aggression.

In the United States, Chairman of the Joint Chiefs of Staff Gen. Mark Milley forecast the war’s new phase will play out in flat, open terrain and will increasingly involve armor and artillery. On Monday, a senior defense official said the Pentagon will send arms to Ukraine for that fight, including more Javelin anti-tank weapons as well as counter-artillery radars.

“I don’t think they’re in Ukraine yet, but they’re on the move,” the Pentagon official said of the Javelins. “That’s a very specific example of how we’re trying to help the Ukrainians in this particular new phase of the conflict.”

Thwarted in its early plan for a quick takeover of the capital Kyiv, Russia is resupplying and reinforcing its invasion force in eastern Ukraine with an 8-mile convoy of vehicles. The group, which includes command-and-control support and possibly helicopters for air support, is apparently headed toward Izium in the Kharkiv region of eastern Ukraine ― all while Russia is reinforcing its positions southwest of Donetsk with artillery units.

The action comes as Ukrainian Foreign Minister Dmytro Kuleba called for more weapons for his country, and stronger sanctions against Moscow, during meetings with NATO foreign ministers in Brussels last week.

Ahead of the talks, Kuleba said his agenda was “very simple ― it has only three items on it: It’s weapons, weapons and weapons.”

The package of military aid Britain announced last week includes more Starstreak anti-aircraft missiles, another 800 anti-tank missiles and precision munitions capable of lingering in the sky until directed to their target.

“Ukraine has defied the odds and pushed back Russian forces from the gates of Kyiv, achieving the greatest feat of arms of the 21st century,″ Johnson said in a statement. “It is because of President Zelenskyy’s resolute leadership and the invincible heroism and courage of the Ukrainian people that [Russian President Vladimir] Putin’s monstrous aims are being thwarted.″

It’s a trickier political question in Germany, where Chancellor Olaf Scholz is reportedly delaying a final decision on whether to send German tanks to Ukraine. While the Defence Ministry argues it needs them for its own use, German Foreign Minister Annalena Baerbock said Monday that Ukraine needs “heavy weapons.”

“Now is not the time for excuses; now is the time for creativity and pragmatism,” Baerbock said at a meeting of European Union foreign affairs ministers in Luxembourg.

“Pumping weapons into Ukraine will not contribute to the success of Russian-Ukrainian talks,” Kremlin spokesperson Dmitry Peskov said.