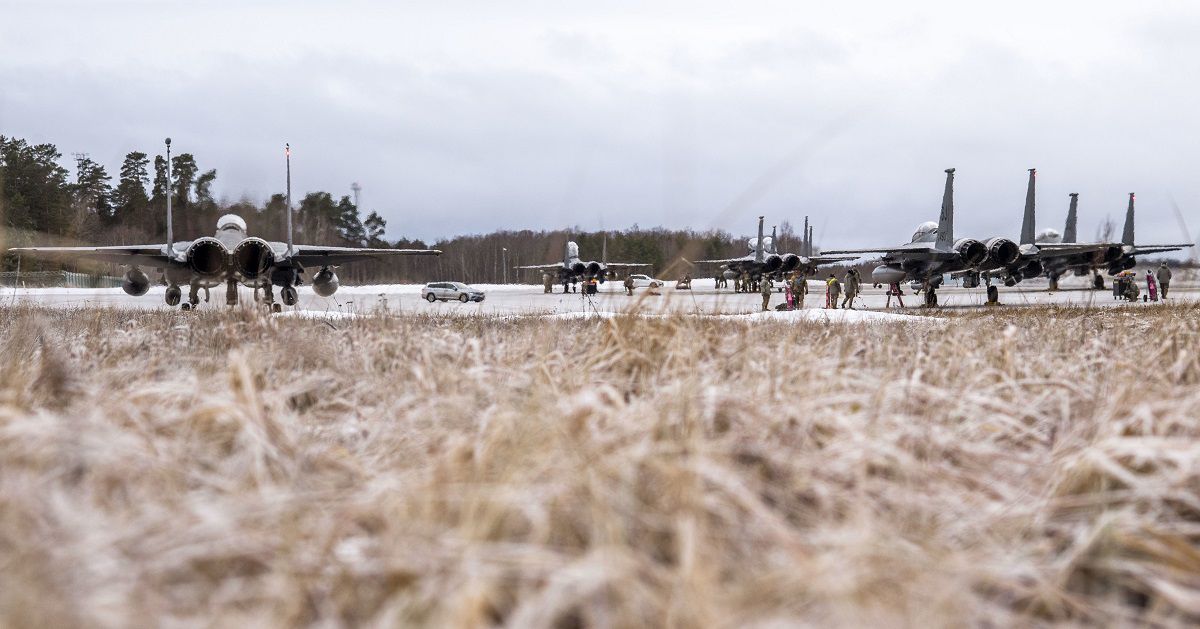 The American pilots will be flying alongside a detachment of Belgian F-16s and Estonian aircraft currently supporting the air policing mission, while also practicing air-to-air and air-to-ground maneuvers. In addition to the U.S. aircraft, Danish F-16s will deploy Thursday to Siauliai Air Base in Lithuania.

“The additional aircraft will work closely with the current detachments to increase our readiness, build crucial interoperability and underline the robust solidarity across the Alliance,” Lebert said.

This latest iteration of U.S. fighter jets follows the early January deployment of U.S. F-16s from Spangdahlem Air Base in Germany to Poland in support of Polish and Belgian aircraft flying air policing missions in the region.

NATO air policing missions, which deploy aircraft with both offensive and defensive capabilities to ensure no suspicious or unauthorized flights enter NATO airspace, have taken on new significance as the conflict between Russia and Ukraine continues to develop.

On Monday, the Pentagon announced that it was putting 8,500 troops on heightened alert in case Russia does, in fact, invade Ukraine.

While President Joe Biden has previously stated that no U.S. troops would be permanently stationed there, the 8,500 would be deployed in support of NATO’s Response Force, a multinational, 40,000-troop collective tasked with responding to aggressions against NATO countries and allies.