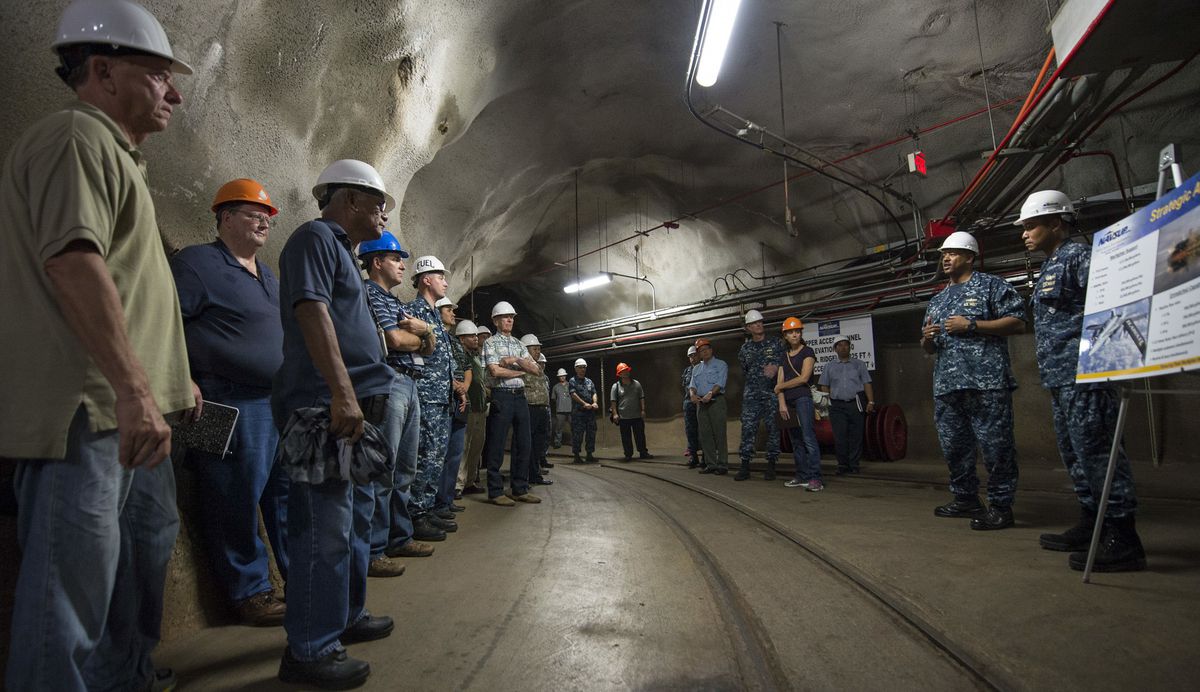 Although some residents aboard Joint Base Pearl Harbor-Hickam have complained of headaches, stomach aches, skin rashes and pet illnesses from water that smells like gasoline, Navy officials say the water is safe to drink.

“The [Hawaii] Department of Health and Navy tested water — no measurable quantities of fuel found. Navy pursuing additional, stringent testing,” officials for the base wrote in a Nov. 29 Facebook post. The U.S. Army Garrison Hawaii Facebook page reiterated the Navy’s statement, saying “we [also] recognize that the first test results from the last 24 hours on water samples did no detect petroleum constituents.”

Despite test results from the water coming back as “inconclusive” with no traces of contaminates, the Hawaii Department of Health is still advising that “all Navy water system users avoid using the water for drinking, cooking, or oral hygiene.”

The department has reportedly sent samples to a drinking water testing laboratory in California for “more quantifiable, contaminant-specific results that are expected by the end of the week.”

Department officials also said that until those results are received, they do not recommend that users of the Navy’s water system — specifically in the area covering the Aliamanu Military Reservation, Red Hill and Nimitz Elementary schools and other military housing — use the water for drinking, cooking or oral hygiene.

Conflicting and delayed reports however, are making it difficult for service members and their families to figure out if the water is truly safe to drink.

“I’ve just been notified that communities to include the Aliamanu Military Reservation, Navy Honolulu: Halsey, Radford and Catlin have fuel contaminated tap water,” commander of the 735th Air Mobility Squadron Lt. Col. Andrew Gordon wrote in separate Nov. 29 post. “Do not drink, bath or cook with it. NAVFAC and our chain of command have been alerted. Once I know of a repair or water alternative, I will post again.”

While varying and delayed reports are confusing servicemembers and their families, many are also looking for confirmation as to where this issue is coming from, although yet another fuel and water spill near the Red Hill facility is thought to be the culprit.

The Red Hill facility, which holds 20 underground fuel storage tanks that date all the way back to World War II, sits above an aquifer suppling drinking water to Oahu. It has been the source of multiple leak incidents in recent years.

This most recent incident saw about 14,000 gallons of fuel and water spilled from a drain line near the Red Hill facility sometime over the weekend of Nov. 20 and 21, according to a Nov. 22 statement.

Previous spills include a leak on May 6, when 1,618 gallons of jet fuel were spilled from a pipeline at the facility. All but 38 gallons were recovered, according to the Navy.

And in 2014 alone more than 24,000 gallons leaked, sparking concerns over the viability and conduct of the facility and its operators. All four members of Hawaii’s congressional delegation have asked the Defense department’s Inspector General to investigate the Navy’s handling of the facility.

“It smells like gasoline is coming out of our tap and the neighborhood sprinklers in Catlin Park. It’s gotten much stronger as the day has gone on. I don’t understand how it could possibly be safe to drink water that smells this strongly of fuel,” user Bonnie Russell wrote.

“My tap smells like a gas station in Moanalua Terrace,” Savannah Roark wrote. “You can’t tell me they found nothing wrong with their water sources. This is absolutely ridiculous, my family, my BABY has been drinking this water with his formula.”

Joint Base Pearl Harbor-Hickam’s Emergency Operations Center has stood up a task force to field calls from residents in military housing who have concerns about their water. Representatives can be reached at (808) 448-2570 and (808) 448-3262.