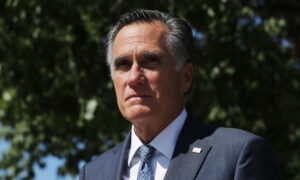 A smuggling boat capsizes off the coast of San Diego, causing a massive rescue effort. Three people were found dead and 27 were found injured. Senator Mitt Romney (R-Utah) was booed at his home state’s Republican convention. That’s after he criticized former President Donald Trump. But has Utah’s GOP censured him over his votes to convict Trump? An advisor to Trump tells Fox that America First Legal wants to halt Critical Race Theory training. NTD tells you how they’re planning to do it.

Charles Grodin, the droll, offbeat actor and writer who scored as a caddish newlywed in “The Heartbreak Kid” and later had roles ranging from Robert De Niro’s counterpart in the comic thriller “Midnight Run” to […]

Israel and the Hamas terrorist group agree on a ceasefire, U.S. Senate Republicans call on President Joe Biden continue oil sanctions on Iran, and the House passes a 1.9 billion dollar bill to enhance security around the […]