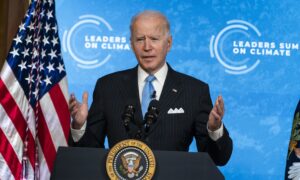 Anyone who believes the “rich” and large corporations will pay for $28 trillion in debt or the $2 trillion in new deficit has a real problem with math.

Biden’s announcement of a massive tax increase on businesses and the wealthier segments of the population simply makes no sense. The tax hikes will have a significant impact on economic growth, investment, and job creation and don’t even scratch the surface of the structural deficit.

Even if we believe the gross domestic product (GDP) growth and revenue estimates announced by the Biden administration, the impact on debt and deficit is negligible.

So, what’s their response? That debt and deficits don’t matter because the key now is to spur growth, and the cost of borrowing is low despite rising debt. Furthermore, the Biden administration has been inundated by Modern Monetary Theory (MMT) proponents who passionately believe that deficits are good because they attend to the rising global demand for U.S. dollars. Additionally, the Biden administration argues that the deficit increase isn’t a problem because the Federal Reserve continues to purchase government bonds, keeping yields low and debt costs stable.

Nice, so why the tax hikes, then? If debt and deficits don’t matter and growth and jobs is what we need to focus on, then why increase taxes?

The entire tax increase argument crumbles. There’s absolutely no rationale for such massive hikes, either from the revenue perspective or the growth objective. If growth will take care of the rising deficit, the Biden administration should use all the tools to support growth.

There are three main reasons why the tax increases make no sense:

First, estimated real revenue impact is negligible. In 2018, the federal capital gains tax revenue was $158.4 billion. A five-percentage point increase in the current regime would provide an additional $18 billion to $30 billion, according to Princeton University estimates in an optimistic scenario where there would be no negative impact of the tax increase. The estimates of revenues of the corporate and personal tax increase assume $695 billion from corporate taxes, $495 billion from global minimum tax, and $271 billion from repealing so-called “tax loopholes” for intangible income, and $54 billion from ending fossil fuel tax breaks and anti-inversion deals.

Obviously, these estimates are optimistic and in many cases fantasy as they consider a perfect world where these taxes won’t have any negative impact on the economy and a GDP growth that won’t be affected at all. Even if we accept the estimates, these revenues are spread over 15 years, so the net-present-value impact is even worse.

These don’t even start to address the rise in mandatory spending that drives the structural deficit above 2.5 percent of GDP.

Second, the impact on the economy will be larger than the Biden administration estimates. These tax increases don’t affect only “the rich.” Such high capital gains taxes stifle innovation and reduce capital flow into private equity, which is essential to boost start-ups and new high-productivity businesses. This is the reason why Europe has reduced capital gains taxes and even eliminated them. Belgium, Luxembourg, and Switzerland don’t have capital gains tax. Of the countries that do levy a capital gains tax, Greece and Hungary have the lowest rates, at 15 percent. European countries’ average is 19.3 percent.

The same happens with the corporate tax rate. The United States would have the highest corporate tax rate in the Organization for Economic Co-operation and Development (OECD) under Biden’s plan (28 percent). Many argue that effective corporate tax rates are lower and that in other countries firms pay VAT, but the arguments are only partially correct. The European Commission showed that the effective average tax rate of U.S. companies was 36.5 percent in 2015 compared to 21.1 percent in the average of the European Union. When comparing effective rates, many U.S. analyses play the trick of adding loss-making companies or averaging what a Tech giant pays in the United States with the rest of the sectors.

However, none of these arguments matter if you look at the tax wedge that U.S. companies paid relative to other OECD companies. According to PwC, the total tax and contribution rate of U.S. businesses was 43.8 percent (profit, labor, and other taxes) in 2017 compared with a region average of 40 percent.

The risk of outflow of capital from the United States to other countries with more competitive taxation is evident to anyone who has run a business or a financial firm. These tax increases may have little impact on multinational corporations, but they do have an exceptionally large negative effect on medium-sized businesses. That’s why these measures are regressive.

Even Treasury Secretary Janet Yellen knows this tax increase is damaging. That’s why she wants a global tax. If she saw no negative impact, she would let other countries manage their taxes as they wish.

Third, the problem of mandatory spending is not even addressed. Mandatory spending in the United States has ballooned to $2.9 trillion in 2020 from $1.8 trillion in 2008 and is estimated to rise another trillion in the next 10 years. The main cause of the U.S. deficit comes from the rise in mandatory spending as receipts can’t match the unstoppable increase in spending that no government can touch. Economies grow and enter recessions. It’s impossible to cut the deficit via tax increases when the pace of growth of the expense side exceeds the economic output and receipts even in growth periods.

No serious economist can believe that tax increases will generate sustained annual revenues in any economic cycle, be it growth, stagnation, or recession to cover more than $200 billion every year in spending increases over a trillion deficit.

So why does Biden do it? To please the most socialist part of his administration and voter base, who don’t worry about the economic implications, they only want to make the rich poorer.

China’s Arrest of 1,046 Imams Is a Misguided Assault on Religion

Commentary Since 2014, according to a new report released by the Uyghur Human Rights Project (UHRP) and Justice for All, China’s authorities have arrested at least 1,046 Muslim imams from its Xinjiang (East Turkistan) region. […]