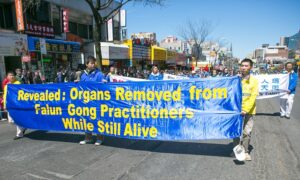 The black market in human organs for transplantation is one of the worst ongoing human rights abuses in the world today. But here’s the problem: Many decry organ trafficking, but few do anything about it.

Until now. The Canadian Senate committee just passed S 204, a bill that would make traveling overseas to purchase organs for transplantation a felony. Specifically, the bill would punish for a crime everyone who:

What a refreshing change from the status quo. Despite years of ongoing advocacy by opponents, “transplant tourists” have had little to fear from participating in the black market. Not so, the destitute living in the developing world. In dreadfully poor places such as Turkey, Peru, Bangladesh, and other poor nations around the world, desperate people are persuaded by fast-talking organ brokers and their own dire circumstances to sell a kidney to buyers hoping to avoid waiting lists for ethically legitimate surgeries.

Sometimes these blood contracts have lethal consequences—as reported by Bloomberg’s Michael Smith in 2011: “Luis Picado’s mother remembers the day her son thought he had won the lottery…An American man had promised to give Picado, a 23-year-old high school dropout who worked as a construction laborer, a job and an apartment in New York if he’d donate one of his kidneys…Three weeks later, in May 2009, Picado came out of surgery at Managua’s Military Hospital, bleeding internally from the artery doctors had severed to remove his kidney, according to medical records…Picado bled to death as doctors tried to save him.”

Organ traffickers operate all over the world. In 2011, the government of Bangladesh busted a kidney trafficking gang, as described by the Herald Sun, in an especially impoverished village; there were 200 victims—people who sold a kidney for as little as USD $1,900.

In fact, organ tourism became such an acute problem that Pakistan outlawed all organ buying and live-organ donations (other than to close family members). For the same reason, the Philippines legally prohibited noncitizens from undergoing kidney transplant surgeries in the country.

That’s bad, but nothing compares to the carnage in the People’s Republic of China where prisoners of conscience are killed and harvested for the black organ market. Human rights campaigner David Matas and former Canadian member of Parliament David Kilgour have spent years pursuing stories of organ butchery in China against Falun Gong and other prisoners of conscience.

The duo issued a detailed and chilling report in 2006, updated in 2016, alleging that Falun Gong practitioners were systematically imprisoned, tissue-typed, and murdered for their organs.

From Ethan Gutmann’s “Bloody Harvest—the Slaughter:” “Falun Gong prisoners, who later got out of China, testified that they were systematically blood-tested and organ-examined while in forced-labor camps across the country. This could not have been for their health since they were regularly tortured, but it is necessary for organ transplants and for building a bank of live ‘donors.’ In a few cases, family members of Falun Gong practitioners were able to see mutilated corpses of their loved ones between death and cremation. Organs had been removed.”

China has repeatedly denied the charges, while at the same time, promised reforms. But the beat goes on. A 2017 article published in BMC Medical Ethics stated: “The unethical practice of organ procurement from executed prisoners in China has lasted for decades. Moreover, this practice is associated with large scale abuse and severe human rights violations.”

This is shocking and intolerable. How to stop it? Governments around the world need to follow Canada’s lead. That may finally be happening.

The Texas Senate just passed a Resolution calling on the United States to pass a law “prohibiting collaboration between U.S. medical and pharmaceutical companies and any Chinese counterparts linked with forced organ harvesting.”

More concrete proposals have been made as well. These include:

Part of the problem is that too many of us are indifferent to the suffering of destitute people half a world away. Some of us even celebrate the exploitation. Take the 2009 book “Larry’s Kidney,” written by Daniel Asa Rose, recounting the author’s buying a kidney in China for his cousin Larry. After a series of mishaps and complications, Larry got his new organic blood filter. Oh, joy for Larry!  But it surely is anything but joyful for the organ’s original owner.

But laws can only do so much. In the end, it is up to each of us to oppose such bloody exploitation. For example, if we learn that an ill friend or loved one is considering entering the organ black market, promise to support and love them in their distress, but let them know they will be shunned if they take unethical shortcuts.

More importantly, if we face such a health crisis ourselves, we should strive to find the courage and integrity to wait our turn for an ethically donated organ. After all, some things are worse than dying. If righteousness—or karma—exist in the world, committing the profound human rights crime of transplant tourism is one of them.

Biden: Gas prices have fallen 38 days in a row

The price of regular unleaded gas is advertised for just under $4 a gallon at a Woodman’s, Wednesday, July 20, 2022, in Menomonie Falls, Wis. (AP Photo/Morry Gash) OAN NEWSROOMUPDATED 4:53 PM PT – Friday, […]