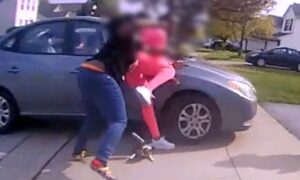 In Columbus, Ohio, bodycam footage released by the police showed that the officer who shot and killed a 16-year-old girl was actually doing it to stop her from stabbing someone.

The House of Representatives passed a bill that would make Washington, D.C., the 51st state. The bill is now on its way to the Senate.

In Texas, the attorney general has just filed a lawsuit against President Joe Biden, arguing that his policies violated federal law and jeopardized the health of Texans.

More than two hundred years ago, the Founding Fathers changed the world by imbedding the fundamental human right to religious freedom in the Constitution. That right now hangs by a thread. More precisely, the First […]