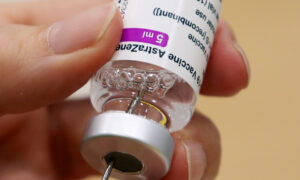 A new report predicts the United States will “reach a tipping point on vaccine enthusiasm” in just a few weeks, meaning supply will outstrip demand. President Joe Biden unveils a new stimulus plan to incentivize vaccinations. This one would offer tax credits to small businesses that give employees paid time off to get their shots.

More states are banning vaccine passports. South Dakota and Arizona join a handful of states that bar the passports. And a World Health Organization panel also recommends against them. New York State already has a vaccine passport app, as does Orange County in California. And Hawaii is looking into requiring proof of vaccination for people traveling between islands in the state. The White House, meanwhile, has said that the federal government won’t mandate vaccine passports.

The United States isn’t expected to make a decision on the American Johnson & Johnson vaccine until Friday. This comes after seven cases of rare blood clots after vaccinations caused the vaccine to be paused. But overseas, Europe is going full-steam ahead. The European Medicines Agency claims that the benefits of the shot outweigh the risk.

More schools are requiring students to get the shot to set foot on campus, including most of the Ivy Leagues.

WH: WHO announcement a ‘call to action’ for global community