British Prime Minister Boris Johnson has cancelled his planned trip to India, due to concerns over the ongoing CCP virus surge in that country.

“In the light of the current coronavirus situation, Prime Minister Boris Johnson will not be able to travel to India next week,” the Indian and UK governments said in a joint statement.

“Instead, Prime Ministers Modi and Johnson will speak later this month to agree and launch their ambitious plans for the future partnership between the UK and India. They will remain in regular contact beyond this, and look forward to meeting in person later this year.”

India is going through a second wave of the CCP (Chinese Communist Party) virus, with infections passing the 15 million mark. Delhi is due to go into lockdown on Monday night.

During a visit to Gloucestershire on Monday, Johnson expressed sympathy for India and said “it’s only sensible to postpone” the trip given the situation there.

But he emphasised that “we’re going to be going back,” because “the relationship between the UK and India is of huge importance.”

He said he and Modi will “be trying to do as much as we can virtually” and then “look forward to doing it in person as and when circumstances allow.”

Johnson had already postponed the trip once from January, when England went into the third national lockdown amid rising infections caused by the Kent variant of the CCP virus.

Last week, UK health authorities said they were investigating a new COVID-19 variant, which was first identified in India.

According to the World Health Organisation the variant was first seen in two Indian states at the end of 2020, and since then has accounted for an increasing proportion of COVID-19 cases in the country.

This variant has two mutations—E484Q and L452R—which have been seen in other variants around the world and are thought to contribute to increased transmissibility and resistance to vaccines.

Public Health England (PHE) said on April 15 that the new mutant virus, known as B.1.617, has been designated a “Variant Under Investigation” and both PHE and its international partners continue to monitor the situation closely.

To date, 77 cases of the new variant have been found in the UK, 73 in England and four in Scotland.

What to Expect on Gas Prices, Availability

Tens of millions of Americans are expected to travel over Memorial Day weekend. They’ll see high gas prices but, for the most part, not experience difficulties finding fuel. The average price per gallon on Wednesday […] 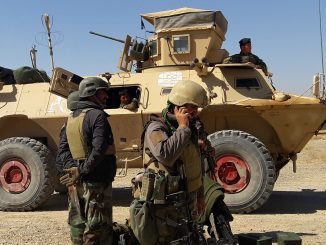