For too long there has been no statement and little information here.

So, no pun intended… we’re going to take a Minuteman Minute to make statement so you can better apply your judginess when decide how to label us.

As we have all experienced, the world is full of all kinds of malicious and misleading information.

My name is Michael .

I am technically the Chief Communications Officer here at Minuteman. So if you’re reading this, you might be saying that I’m not doing that job well.

Much has happened in the last 4 months, that we are ALL still playing catch up. But we do manage to have it back under control a bit.

So here’s a few ground rules and we’ll start right at the top.

We are not a hate group. We are not anti-government, and we’re not Nazi’s, fascists or skin heads.   We do not believe in white supremacy, black supremacy, or supremacy of any kind, although by nature the concept of Liberty and Freedom relies heavily on a fair amount of personal supremacy.

Whether you are white, black, woman, straight, gay, or you believe you were a bird in a past life, the person that is in charge of you … is you. If we can’t agree on that, you’re free to move along.

If you’re uninformed, and you’re here for the first time, or you are from Southern Poverty Law Center … looking to LABEL us I’m going to help you out a little bit.

The word “Militia” has an interesting mystique about it. The very sound of the word sounds scary.  It derives from the Latin ‘miles’, Soldier and also the  latin Militia or “Military Service”.   It’s quite easy close your eyes and picture armies of right wing or left wing nuts, running around in camo, vests and “full battle rattle.” Even people in militia’s have no idea what a militia is.

The concept and image of militia is that they are groups looking to take over or fight the government by force and violence. People, please get a grip on yourselves. A militia is not a cartel. 99% of militia’s are 100% pro-government law biding citizens. So if you’re hiding out in your basement because you think a wing nut movement is going to come in and take over from the government, you should probably be embarrassed by your nativity.

Militias support government. They believe in rule of law.  At the very core of it all, Militia’s fully and 100% support the Government of the United States of America … a Constitutional Republic. We are a representative nation, founded on Liberty so the general idea from day 1, was no better people were prepared to deal with the matters of local community, better than the citizens that resided within it.

Who better to Govern the people of a locality, than the people of that locality themselves.  We send representatives to larger bodies to discuss on and agree on broader matters that affect multiple localities within a region.

How best to police that ? Well as little as possible would be the best answer. The best kind of a society you can have is one where everyone volunteers to respect the rights of those around them. Wouldn’t that be nice ?  There’s a little irony to it. The term Voluntaryism is strongly associated with the word Anarchy. Don’t get me started on the word anarchy. Totally means something different than you think it does. Militia and Anarchy are all very exploitable words, and they are used as tools to blur the line of how much control outside forces should have dominion of locality. 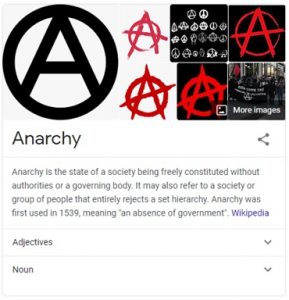 Since 1539 the word has mean “Absence of Government.”  Neither myself, Minuteman and most of the people who would call themselves a Militia aren’t Anarchists. Militia is pro Rule of Law.

So if this is one of your first forays into bumping into a militia, Oath Keepers, or III% Percenters, and someone convinced you they were anti-government, I would definitely be embarrassed for you that you believe that.

So since so many people want to label me, or militias, or Oath keepers Three Percenters. I can tell you what I’m not is anti-government.  To be honest, the Oath Keepers one is the most absurd of all of them.  Oath Keepers are the guys that took Oaths to Preserve and Protect the Constitution of the United States of America. They are predominantly comprised of Police and Military, active and former duty.  I saw an article a couple of weeks ago about how militant right wing anti-government Oath Keepers are infiltrating the government.

The people you’re talking about here on the ones that come down to volunteer at the Church Picnic.

Heck, most of my friends are military and police. We LOVE America. The people you’re talking about marched in parades supporting the thin blue line, the American flag and their Country, and they did so because the people calling us anti-government were out destroying every symbol of our Country, and Law and Order in America.

So if you came here to call us Domestic Terrorists, Anarchists or Anti-Government, you might get a much clearer view of one if you looked in the mirror.

But, none-the-less .. if you’re still here. No one is afraid of you. And no one is even going to waste a minute of time arguing the point with you. Your delusion is solely within the confines of your own head.

John Adams made a very poignant comment, and it bears repeating here.

“Our Constitution was made only for a moral and religious people. It is wholly inadequate to the government of any other.”

If you cannot stand up for God, Country, and possess no moral fiber of your own, you are clearly in the wrong place, and I will say good bye to you now, because your time here will be brief.

No … the whole discussion of Militia has nothing to do with anti-government …. It actually has EVERYTHING to do … with the 2nd Amendment. 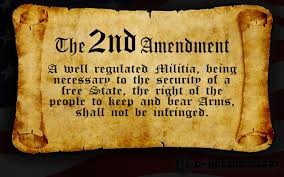 How do you get rid of Guns in America ?

By confusing the issue of who the militia is, and what their purpose is.

Militia … they’re your community, family, police, teachers, and there is no one better to govern the people of a community than the very citizens who reside within it.

The ultimate authority will and should remain with the People.

We will meet, and discuss, these matters, and the Will of The people will be enforced.

Here’s a pro-pointer for you.  Hollywood is very good at convincing you the Will of the People is for something different. But Hollywood doesn’t run the show, the people who reside within the communities do, and like all laws and all governments … at the end of the day… that will be enforced by a man with a gun.

They just want to make sure, that at the end of the day, YOU are not that man.

Now I said it right from the beginning of this piece…. I don’t want to be in charge of you.

But as John Adams said. “Our Constitution was made only for a moral and religious people. It is wholly inadequate to the government of any other.”

So think long and hard on it, because if the Constitution did not restrain your mis-deeds, that last measure of remedy is just a general understanding of the law of nature. We will all defend our own to our last breath.

It is hardwired into all life by God.  And in God We Trust.

5 out of 5 Patriots recommend… be the man with the gun.

Because if you give it up to someone else, you will have neither Liberty or Security.

Come on down to the Church Picnic, and I’ll cook you the Ribs myself, as I salute my flag.

We do what we can in our Duty to God and Country. At that picnic though, the goal will be to start out as a Religious and Moral people.  If you come down and don’t believe in God, that’ ok.

I suspect we’ll be able to sort it out just fine. 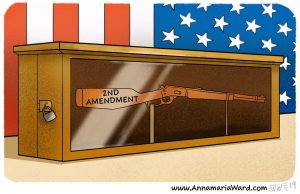