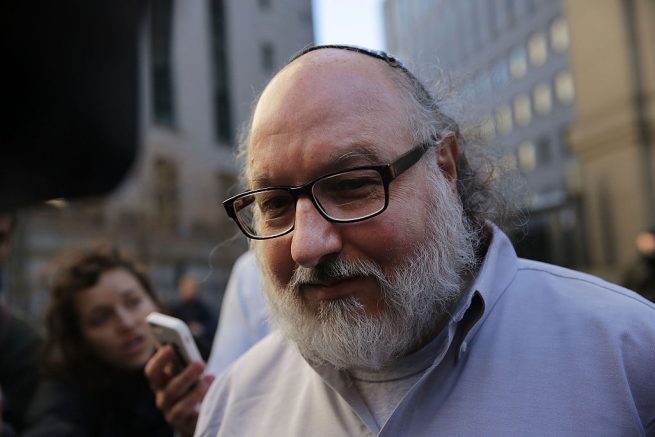 Jonathan Pollard, the American convicted of spying for Israel, leaves a New York courthouse following his release from prison early on Friday after 30 years on November 20, 2015 in New York, New York. (Photo by Spencer Platt/Getty Images)

Israel’s Prime Minister Benjamin Netanyahu made a call to a former spy to tell him he should move to the Middle Eastern country.

On Tuesday, Netanyahu released footage from his call with Jonathan Pollard, who was convicted of spying for Israel in the 1980s. This came after the Department of Justice announced Pollard completed his parole over the weekend.

Pollard was arrested in 1985 for selling military secrets to Israel while working for the U.S. Navy at the Pentagon.

“You should feel comfortable,” Israel Prime Minister Netanyahu said during the phone call. “You should have now a comfortable life where you can pursue… your interests and we can take care of Esther in the best medical treatment in the world.”

After 30 years in prison and 5 years under restrictions, Jonathan Pollard is a free man.

“Today, Esther, fearlessly cut the GPS device off of my wrist, restoring me to almost complete freedom.” pic.twitter.com/mXskUb99Jl

It is not known when Pollard will be able to move to Israel as his wife, Esther, is currently undergoing cancer treatment at a New York hospital.

OAN NewsroomUPDATED 6:19 AM PT – Friday, February 4, 2022 According to GOP lawmakers, Joe Biden and his administration have no interest in securing the southern border amid the ongoing crisis. Senators gathered to hold […]

Jurors agreed to convict former Minneapolis police officer Derek Chauvin on April 20 on all charges for the death of George Floyd. During the trials, a witness was threatened, Rep. Maxine Waters (D-Calif.) was criticized […]