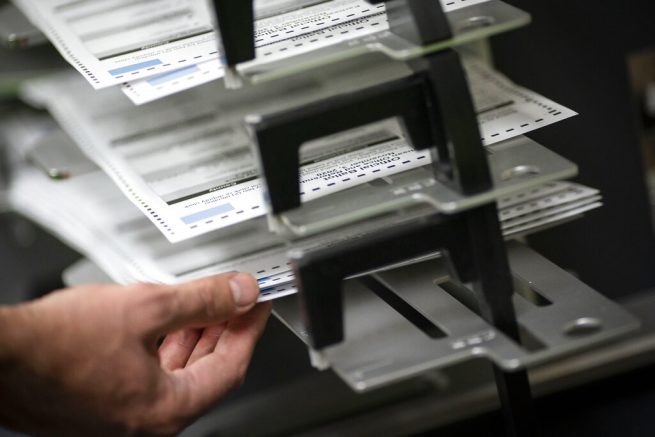 The Trump campaign has continued its work to combat election fraud in the 2020 presidential election. It recently asked election officials in the state of Wisconsin to recount ballots in two counties after claiming multiple voting irregularities.

Following the filing, the Wisconsin Elections Commission held an emergency meeting in order to discuss the process of the recount. In order to fulfill the recount request and comply with election regulations, the Trump campaign paid $3 million to election officials in the Badger State.

“So what we have here is a situation where he was required to make an estimated payment and file a timely petition,” explained Ann Jacobs of the Wisconsin Election Commission. “He has done both of those things..therefore, an order will be issued mandating that the recount take place.”

Under Wisconsin state law, voters must show a valid identification while voting either by mail or in person with incomplete absentee ballots not counted.

The state posted its completed canvass totals Tuesday, which showed the President behind by a small margin. The potential recount must be finished before election results can be certified December 1.

“What will happen next is the order will go out, it will go out tomorrow, and it must be completed under state law in 13 days,” said Jacobs. “It can be completed faster, but it cannot go longer than 13 days. ”

Officials are expected to approve and order the recount Thursday.

Gasoline prices in the United States stabilized over the weekend but stations across the southeast remain without fuel, even after Colonial Pipeline brought its 5,500-mile fuel conduit back online. The average price per gallon in […]

FILE – In this Wednesday, Jan. 20, 2021 file photo, President Joe Biden speaks during the 59th Presidential Inauguration at the U.S. Capitol in Washington. The Biden administration is taking quick steps to keep the […]