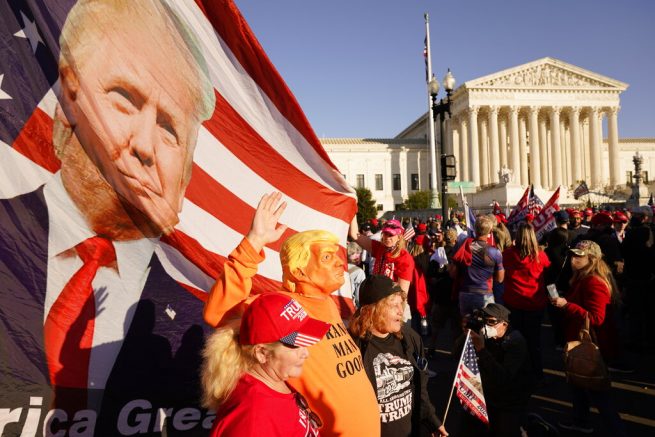 Instead, the President noted many of them were filed by people who have seen “horrible abuses” in the electoral system. He further noted cases highlighting major corruption in the election will be filed by his administration soon, which is something his legal advisors echoed.

Many of the court cases being filed all over the Country are not ours, but rather those of people that have seen horrible abuses. Our big cases showing the unconstitutionality of the 2020 Election, & the outrage of things that were done to change the outcome, will soon be filed!

“We have to be very careful to distinguish that there are people who have seen other things, seen irregularities, and they are challenging some of these things,” explained Jenna Ellis, President Trump’s legal adviser. “And so, we as the Trump campaign and our legal team, which is now led my Rudy Giuliani, we are the ones who are representing team Trump and we are moving forward with that.”

The Trump campaign noted the goal of litigation is to ensure the integrity of the election.