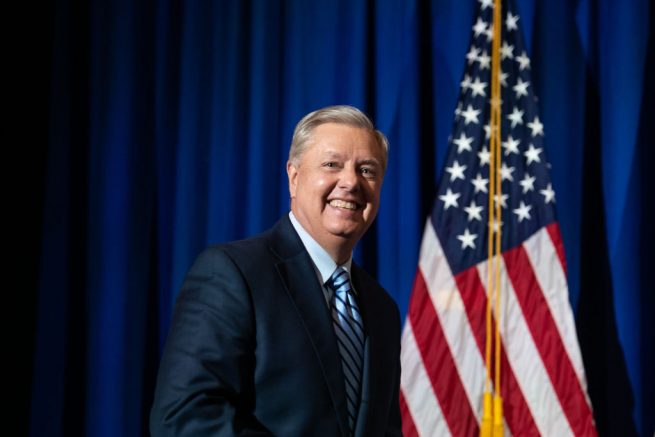 Sen. Lindsey Graham (R-S.C.) has encouraged the President to “fight hard” for his re-election.

The senator spoke during a virtual news conference on Friday and said he’s rooting the President on because he believes “real evidence” of voting irregularities as well as fraud will be unearthed sometime in the next 48 hours.

Specifically, Graham called out Pennsylvania, Michigan and Nevada, saying legal complaints in those states must be seen through to the end.

“Democracy depends on fair elections. President Trump’s team is going to have the chance to make a case,” the Republican said. “I’m going to stand with President Trump…if a Democrat were doing this it would be cheered on. We’re not going to let the media intimidate us into exploring whether or not these contests were fairly had.”

The senator has also agreed to donate $500,000 to President Trump’s legal defense fund.

Graham added that the liberal media in this country is praised for standing up for democracy, but “when a Republican challenges a contest, they’re accused of undercutting democracy.”

Supporters of President Trump amass in Pa. to protest election

A man sets up flags as supporters of President Donald Trump protest outside the Pennsylvania Convention Center, where vote counting continues, in Philadelphia, Monday, Nov. 9, 2020, two days after the 2020 election was called […]

Lawmakers recently introduced a bill that would force American colleges to disclose their financial ties with the Chinese regime, including its Confucius Institutes, in order to qualify to receive international students. The bill, put forward […]