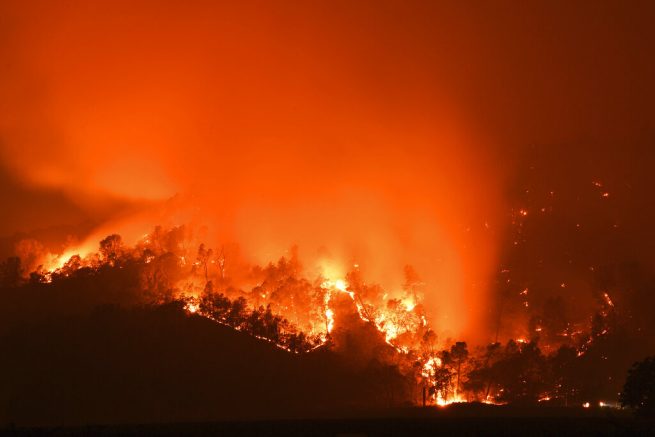 Smoke billows into the sky as the Glass Fire burns in the hills of Calistoga, Calif., on Monday, Sept. 28, 2020. (Jose Carlos Fajardo/Bay Area News Group via AP)

Emergency crews continue to fight the flames of two massive blazes in California amid the state’s unprecedented 2020 fire season.

The Glass Fire plowed through Napa and Sonoma County this week. According to Calfire, it has burned tens of thousands of acres and posed an immediate threat to life in the area.

Calistoga’s local fire department worked through the night to keep the blaze from spreading. Crews searched for fire spots that could reignite amid high winds, which were previously predicted by the National Weather Service.

Homes and businesses, including the area’s wine country, have been severely affected by the flames.

“I looked on the winery camera, which was still running, and everything was engulfed in flames,” explained winery owner Suzanne Phifer Pavitt. “It was a red blaze.” 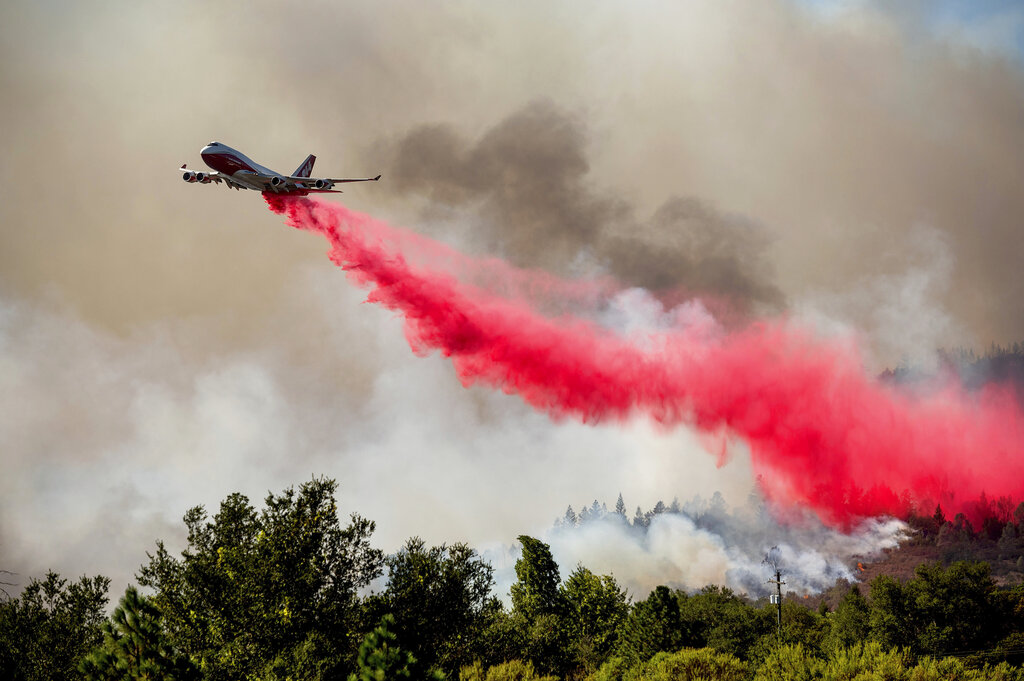 Meanwhile, Shasta County firefighters have had more luck with the Zogg Fire, where they are slowly but surely increasing containment. Officials have also increased resources and fire crews in the area.

However, forecasters have said they expect hot and dry weather to pervade this weekend, which could add fuel to the flames.

Officials also warned of the infamous Santa Ana winds, which usually last between October and November. These gusts have been known to complicate fire containment efforts.

As the flames continue to rage in California, residents are living in a constant state of uncertainty.

Republicans on the House Oversight and Budget committees are questioning cash payments being sent to Central America as part of a strategy to deal with the causes of the illegal immigration crisis. Reps. James Comer […]

Sweden’s Prime Minister Magdalena Andersson, right, and the Moderate Party’s leader Ulf Kristersson give a news conference in Stockholm, Sweden, Monday, May 16, 2022. Sweden’s government has decided to apply for a NATO membership. (Henrik […]

Sen. Braun speaks out on importance of probing voter fraud