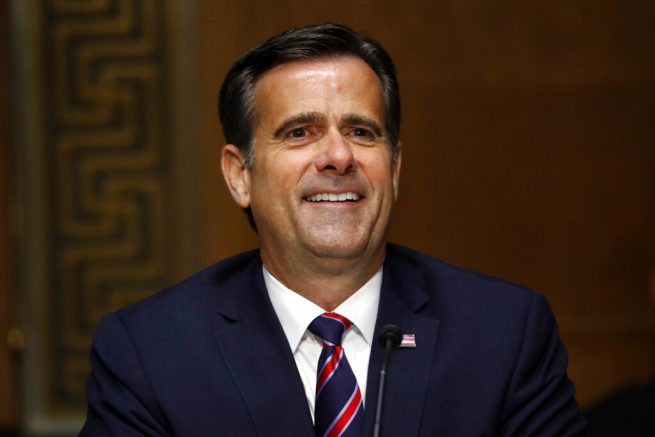 On Tuesday, John Ratcliffe issued a statement saying he will release handwritten notes of Obama’s meetings with then-CIA chief John Brennan back in 2016 at the request of Senate Judiciary Committee chairman Sen. Lindsey Graham (R-S.C.).

The notes allege 2016 Democrat presidential nominee Clinton approved plans for her campaign to pin the hacking of the DNC on the Trump campaign and the Kremlin. Further, the document claims the FBI briefed then-President Obama shortly after Clinton’s approval of the plan.

Meanwhile, some reports are saying the declassified information is unverified Russian disinformation. However, Ratcliffe released a follow up statement responding to those claims saying the Intelligence Community has not assessed it as being false.

The Director of National Intelligence noted he will be briefing Congress about the way the information was obtained in coming days.

Chairman Graham said the veracity of the claims do not concern him. Instead, he wants to know whether the FBI took them seriously.

This all comes amid longstanding concerns the Obama-era Intelligence Community may have had a left-wing anti-Trump bias. Former FBI Director James Comey is scheduled to testify before the Senate Judiciary Committee Wednesday about operation Crossfire Hurricane.

Graham has said that hearing will focus on whether there was preferential treatment when it came to alleged corruption in the Clinton campaign compared to allegations against the Trump campaign.

At 10:00 am, chairing a @senjudiciary oversight hearing on #CrossfireHurricane with former FBI Director James Comey.

A 7-year-old girl who was shot while playing outside in Washington D.C. has been reunited with the first responders who helped save her life. Her family calls her survival a “miracle” and say they are […]

Drought Declaration & Incentives Not to Work

California Governor Gavin Newsom announced his so-called economic plan. In truth, it’s not an economic plan. Rather it’s a political recovery plan for him as he faces a Recall election this Fall. Meanwhile, his policies […]