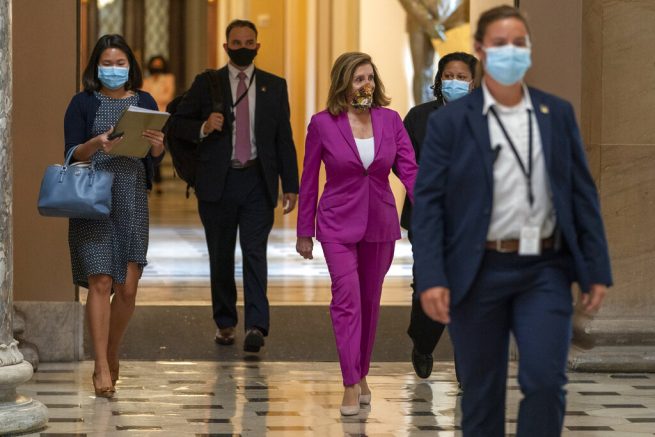 Congress is back in session with no agreement in sight on a new coronavirus relief bill. With the general election on the horizon, lawmakers must rush to pass a legislation.

However, many fear the recent standstill wont blow over in time for the election. Instead, many predict a stimulus package wont be passed until after November.

Lawmakers have tried and ultimately failed to pass a fifth relief bill during several rounds of negotiations with both sides blaming each other for the hold up.

Republicans reportedly launched a pressure campaign against House Speaker Nancy Pelosi in hopes she will cave and accept their $500 billion to $700 billion proposal.

The Republican drafted package will extend a $300 boost to weekly unemployment and provide funding for another round of $1,200 stimulus checks for Americans making less than $75,000 a year.

Despite this, the House speaker argue its not enough. Democrats want to ramp up spending to more than $2 trillion. They said the funds would not only cover an unemployment boost and second round of stimulus checks, but aid for food assistance and rent relief as well.

Congress went back in session Monday morning. with only 12 days before clocking out for yet another recess. The question of whether a bill will be passed on time has yet to be answered.

Propagandists and ‘Political Assassins’ Have Infected the Media

The state of the media in the United States has shifted over the years to the extent that the industry is no longer recognizable, former correspondent for CBS’s “60 Minutes” Lara Logan told The Epoch […]

California to Halt Fracking Permits by January 2024, Phase out Oil Extraction by 2045

California will stop issuing new permits for hydraulic fracking by January 2024, Gov. Gavin Newsom announced on Friday. The Democrat governor also instructed the California Air Resources Board to research how to phase out oil […]

15,000 Evacuate as Shenzhen Skyscraper Wobbles in Fine Weather Without Earthquake

A 70 plus-story skyscraper in China’s tech hub of Shenzhen city swayed again on Wednesday, after it inexplicably wobbled and caused 15,000 people to evacuate the day before. No earthquake had been reported in the […]