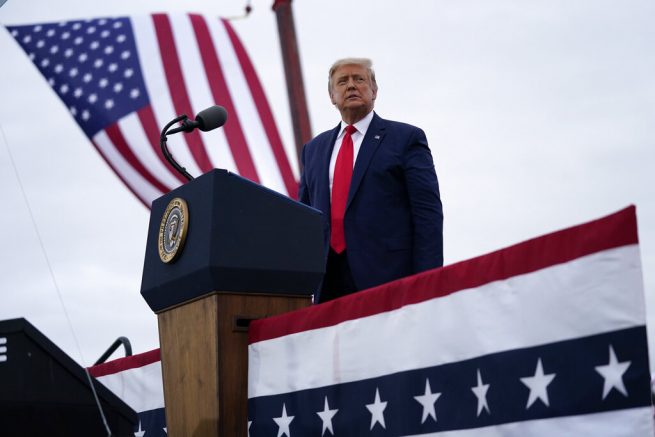 President Trump addressed the residents of North Carolina ahead of this year’s election to make sure their ballots count. On Twitter, the President urged voters to “sign and send in your ballots early.”

He wrote, “When polls open, go to your polling place to see if it was counted.” He encouraged voters who don’t want to do this to vote in person and reiterated signed ballots “will not count because your vote has been posted.”

“Don’t let them illegally take your vote away from you,” he added.

NORTH CAROLINA: To make sure your Ballot COUNTS, sign & send it in EARLY. When Polls open, go to your Polling Place to see if it was COUNTED. IF NOT, VOTE! Your signed Ballot will not count because your vote has been posted. Don’t let them illegally take your vote away from you!

In recent weeks, state officials have been making changes to the way people vote and adding different ways to keep track of residents’ ballots.

“We hope this tracking system will alleviate concerns,” explained Karen Brinson Bell with the State Board of Elections. “It’s going to allow the voter to receive an email, a text or phone alert so they know where their ballot is.”

According to election officials, more than 40% of the state’s voters are expected to cast absentee ballots.

Hunter Biden arrives in the Crypt of the US Capitol for President-elect Joe Biden’s inauguration ceremony on Wednesday, Jan. 20, 2021 in Washington. (Jim Lo Scalzo (Jim Lo Scalzo/Pool Photo via AP) […]

Sheriff: Gov. Cuomo could be arrested if allegations verified

NEW YORK, NY – JULY 23: New York Gov. Andrew Cuomo speaks during the daily media briefing at the Office of the Governor of the State of New York on July 23, 2020 […]