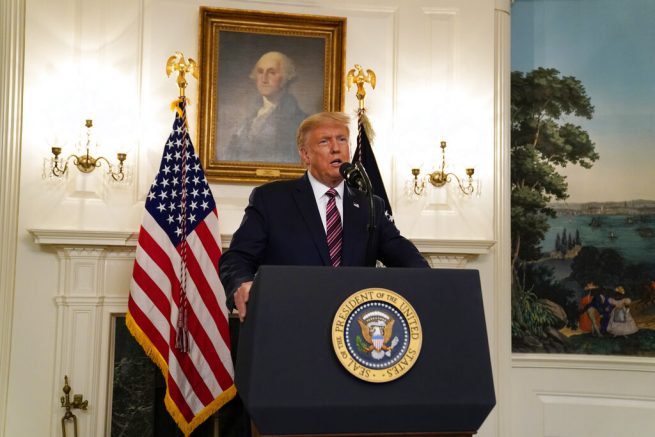 President Donald Trump speaks during an event on judicial appointments, in the Diplomatic Reception Room of the White House, Wednesday, Sept. 9, 2020, in Washington. (AP Photo/Evan Vucci)

President Trump has addressed the newly released audio of his conversation with journalist Bob Woodward, in which he allegedly downplayed the coronavirus. During Wednesday’s press briefing, the president explained he didn’t want to frighten people and create a panic early on during the pandemic.

He has suggested causing a frenzy would have led to a sharp increase in the price of personal protective equipment.

“The fact is, I’m a cheerleader for this country. I love our country and I don’t want people to be frightened. I don’t want to create panic, as you say. Certainly, I’m not going to drive this country or the world into a frenzy.” – Donald Trump, 45th President of the United States

Reporter: “Did you mislead the public?”

Pres. Trump: “I think if you said in order to reduce panic, perhaps that’s so. I’m a cheerleader for this country. I love our country and I don’t want people to be frightened. I don’t want to create panic.” pic.twitter.com/DassqaF90Y

He also highlighted his administration’s response to the virus.

“We want to show confidence, we want to show strength as a nation, and that’s what I’ve done,” he added. “We’ve done very well, if you look at our numbers compared to other countries, other parts of the world.”

The president went on to criticize China for not stopping the virus from spreading to the world. 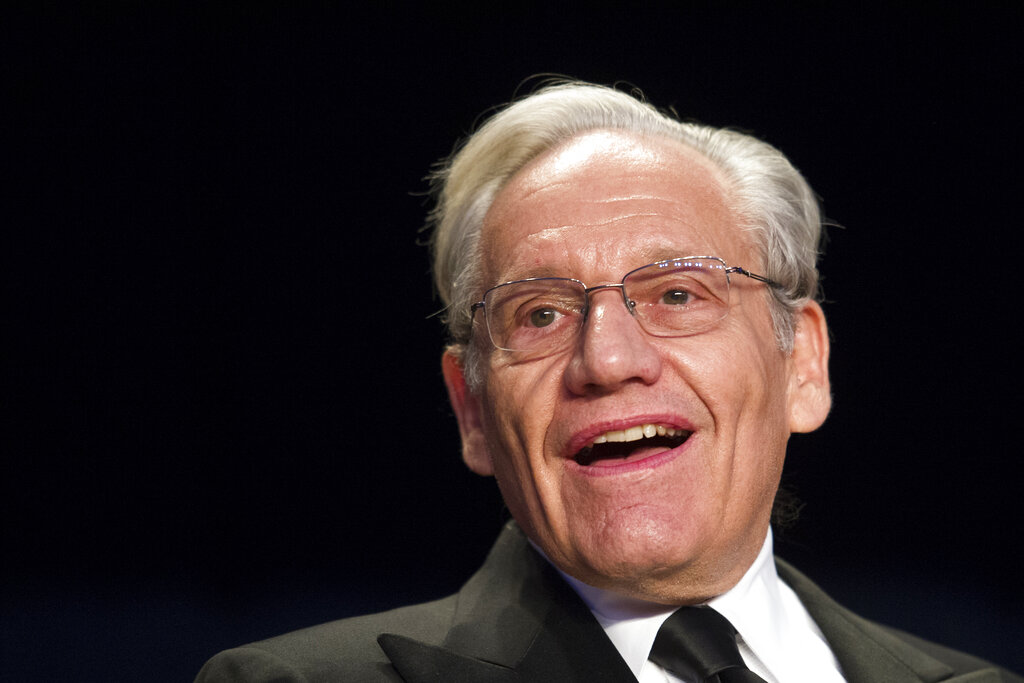 The White House has since called out Woodward’s new book, “Rage,” which claimed President Trump intentionally mislead Americans about COVID-19.

“The president has never lied to the American public on COVID,” stated Press Secretary Kayleigh McEnany.

According to McEnany, the president has been honest with the American people from the beginning. She noted he has even received praise from Dr. Anthony Fauci for the way he is handling the pandemic.

“The president was expressing calm and his actions reflect that. On January 6th, the CDC issued a Wuhan travel notice before any confirmed U.S. cases, among a number of other actions. I’d refer you to Dr. Fauci, who said that this president has an impressive response. I can’t imagine under any circumstance that anyone could be doing anything more. That is the record of this president.” – Kayleigh McEnany, White House Press Secretary

When asked whether or not President Trump lied to the country about the coronavirus, the press secretary reiterated that the president was “expressing calm.”

She went on to clarify what was actually said by the president and stood firm in her belief that he has been the most transparent president to date.

“The president, just days after having this discussion with Bob Woodward, …said, ‘I do want them to stay calm. We are doing a great job.’ …It is important to stay calm, so this president does what good leaders do: stay calm and resolute when you face an insurmountable challenge. That’s what this president has done.” – Kayleigh McEnany, White House Press Secretary

She added the president stands by the fact he took “serious steps” to combat the virus, while Democrats were solely focused on trying to impeach him.

Police officer among victims of shooting near Denver, Colo.