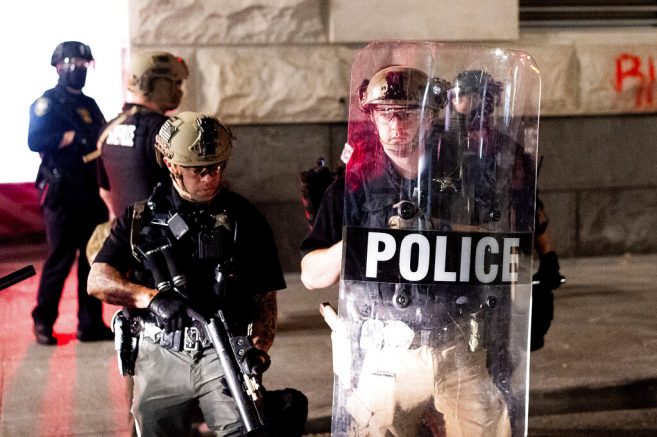 After 70 nights of protests in Portland, the city’s police chief has admitted his department’s resources are strained from attempting to quell excessive violence. On Wednesday, Police Chief Chuck Lowell confirmed the violent activity has turned into a problem for the police department.

Despite the risk and resistance law enforcement is facing during this time, Lowell reaffirmed the police continue to come back every night because they love the city.

“They still come back every day to give service to the community under what are really tough circumstances. It really affects their wellness and their families. They love this city so much that they keep coming back and they keep serving. I’m very proud of them. I can’t say enough how proud I am of their resilience and their dedication to Portland.” – Chief Chuck Lowell, Portland Police Bureau

Thank you to media for taking the time to meet with me today to talk about moving forward and how PPB can meet the public safety expectations of our community. https://t.co/8ZKJm1aQzW

His remarks came one day after rioters gathered outside the police union hall. They called to defund the police and reportedly attempted to light the building on fire.

Portland continues to riot despite the absence of the feds. Fires are being set around the Portland Police Association building. pic.twitter.com/8AamI6CpJR 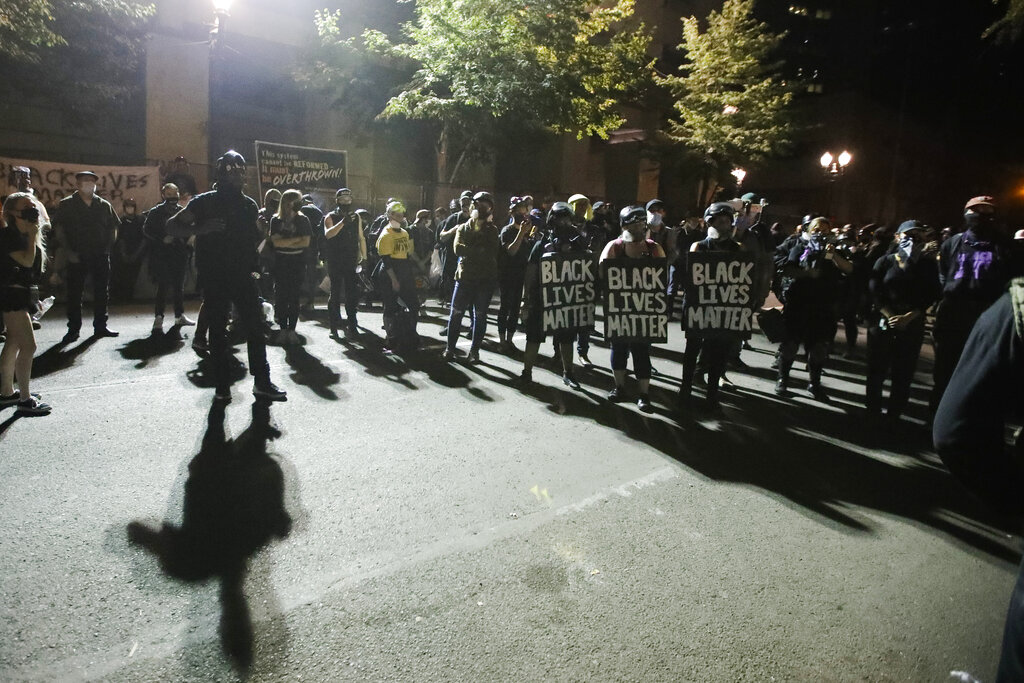 OAN NewsroomUPDATED 11:34 AM PT — Monday, June 1, 2020 The family and community of late federal law enforcement officer Patrick Underwood are mourning his death after his identify was confirmed Sunday. Underwood was shot […]

President Trump: Confederate-named bases not to be tampered with

A monitor depicts the structure of SARS-CoV-2 during a Senate Health, Education, Labor and Pensions Committee hearing to discuss vaccines and protecting public health during the coronavirus pandemic on Capitol Hill, Wednesday, Sept. 9, 2020, […]