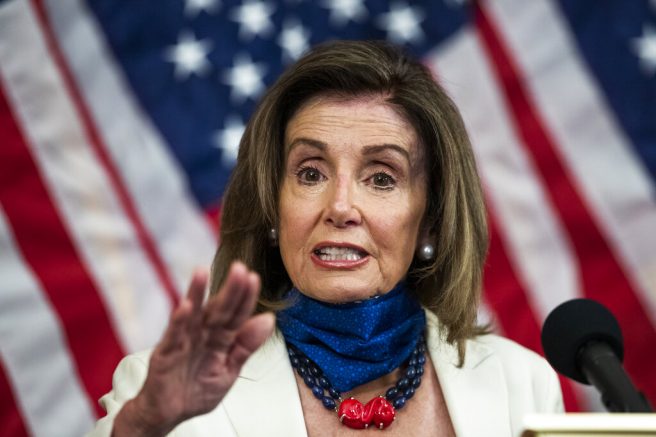 The speaker of the House has doubled down on her statement that Republicans are “trying to get away with the murder of George Floyd.” On Wednesday, Nancy Pelosi stated she will absolutely, positively not apologize for the claim.

This comes as Congress continues to butt heads over police reform legislation.

Pelosi dismissed the Senate’s attempts to compromise and claimed the media has been giving the GOP too much credit for their bill.

“I think you, frankly, in the press have given far too much credit for a bill that does nothing,” she said. “…Our bill does something, theirs does nothing.”

Speaker Pelosi says she will not apologize for her comment that the GOP is “trying to get away with murder.”

“I think you in the press have given them far too much credit for a bill that does nothing.” pic.twitter.com/gQziuorKSK

Republicans have suggested their bill is not so different from the House’s and noted they are willing to compromise.

Shen Yun Performing Arts will showcase lost techniques of classic Chinese dance in a video premiere at 8:00 p.m. ET on Monday, May 31. The premiere video can be preordered online at: ShenYunCreations.com. Classical Chinese […]

Four North Carolina deputies who were placed on administrative leave in the aftermath of the fatal shooting of Andrew Brown Jr. have been permitted to return to duty after body-camera footage showed that they didn’t […]