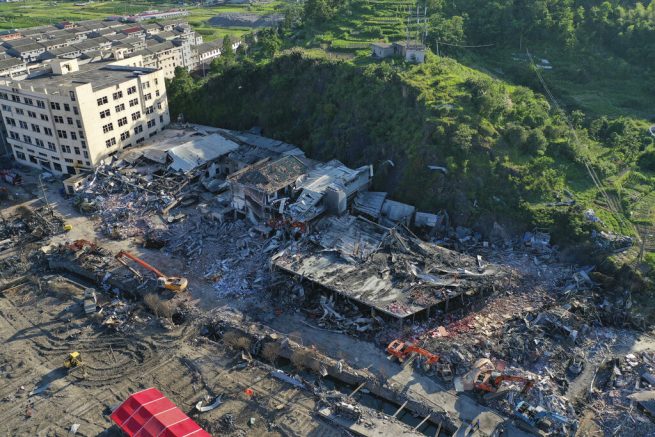 In this aerial photo released by Xinhua News Agency, a view of the damaged buildings in the aftermath of a tanker truck explosion near Liangshan village of Wenling city in eastern China’s Zhejiang province on June 14, 2020. (Huang Zongzhi/Xinhua via AP)

The death toll related to an oil tank truck explosion in eastern China has reportedly risen to 19. The blast happened Saturday evening, when a tank trunk loaded with gas exploded.

Pieces of the vehicle shot into the air, part of which landed in a nearby factory and triggered a second blast.

In addition to those killed, more than 170 people were injured. 77 of those wounded are in stable condition with non-life threatening injuries. 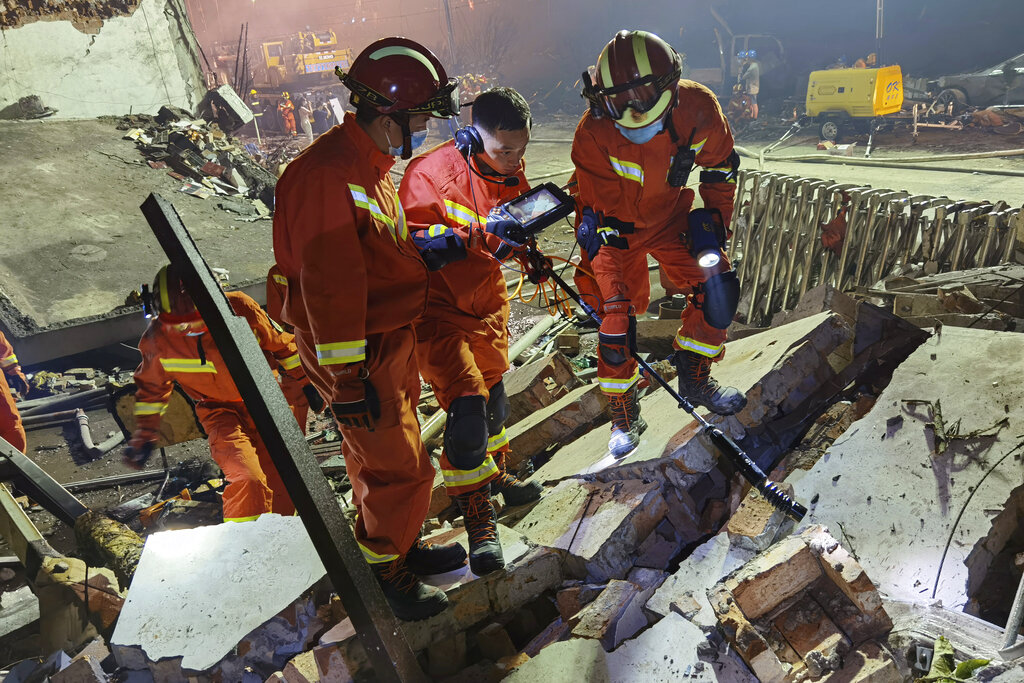 Firefighters look for residents trapped in collapsed buildings in the aftermath of a tanker truck explosion near a highway in Wenling in eastern China’s Zhejiang province Saturday, June 13, 2020. (Chinatopix via AP)

Officials have been working to save the rest of the victims, who are suffering burns, trauma and other severe injuries.

“Experts from our province, Wenzhou City and Taizhou City are working together to save the victims,” stated Cai Haijun, vice president of the First People’s Hospital of Wenling. “We are providing case-by-case treatment to each victim with a group of doctors and nurses, and are now making every effort to save the patients.”

Authorities have also been working around the clock to repair the area.

Mark Meadows: I would bet President Trump runs in 2024

OAN NewsroomUPDATED 11:43 AM PT – Monday, February 28, 2022 The United Nations Security Council voted to send the Ukraine crisis to their General Assembly for a special emergency session due to a permanent member […]

SATARA, India—At least 24 patients died on Wednesday in a hospital in western India after a disruption to their oxygen supply caused by a leaking tank, the health minister said, as a nationwide surge in […]