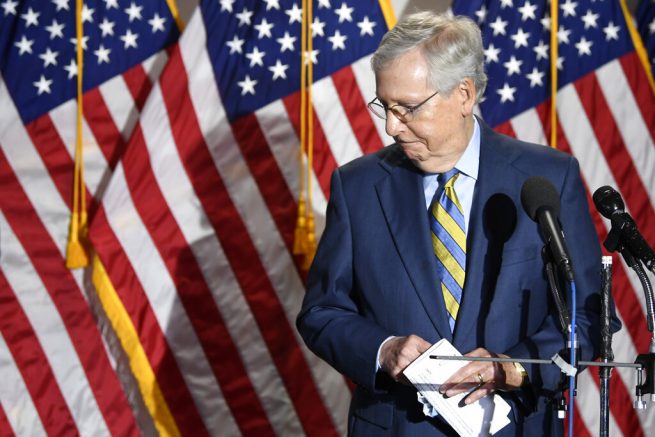 Senate Majority Leader Mitch McConnell of Ky., steps away from the microphone as he speak to reporters following the weekly Republican policy luncheon on Capitol Hill in Washington, Tuesday, June 9, 2020. (AP Photo/Susan Walsh)

In the wake of George Floyd’s death, GOP leadership is taking action to tackle police reform and racial injustice. On Tuesday, Senate Republicans addressed the issues gripping the nation over the last two weeks since footage of Floyd’s death while in police custody became public.

“People of all races are now actively engaged in a national conversation about the racial injustices that exist in our country; one that’s deeply needed and long overdue,” stated Sen. John Cornyn, (R-Texas).

While speaking to the press, Sen. Lindsey Graham (R-S.C.) sought to highlight the severity of the issue, while rejecting calls for the defunding of police departments coming from left-wing activist groups. Defunding, Graham asserted, is a reactionary measure unlikely to improve conditions on the ground. Although, he did agree that criminal justice reform is needed.

“I think it’s just affected people and maybe the cumulative effect of it all, I don’t know, but it’s pretty hard to watch and I think people are responding,” he stated. “Pretty much unanimously that we can do better, should do better and defunding police to me is not the answer, but reforming the police practices certainly makes sense.”

As part of GOP efforts to address these problems, Senate Majority Leader Mitch McConnell (R-Ky.) announced the formation of a review committee headed by Sen. Tim Scott (R-S.C.). He is one of the three black senators currently in office, which will be tasked with preparing a comprehensive proposal for criminal justice reform.

“And I think the best way for the Senate Republicans to go forward on this is to listen to one of our own who’s had these experiences, he’s had them since he’s been in the United States Senate,” said McConnell. “And with his guidance and leadership, we’re going to come together with a proposal that we think makes the most sense for the federal government in the wake of what we’ve seen and experienced over the last couple of weeks.”

The announcement reportedly came on the heels of a luncheon led by Sen. Scott during which initial proposals were discussed. Among these was the idea of establishing a national database to track instances of police misconduct, the enforcement of body camera use by law enforcement offices and promoting increased use of de-escalation as well as bias training within police departments.

Proposals have not been finalized as of this report, though senators within the committee have intimated confidence in their ability to release a full package in the coming days. They have also promised it will be comprehensive in its breadth. 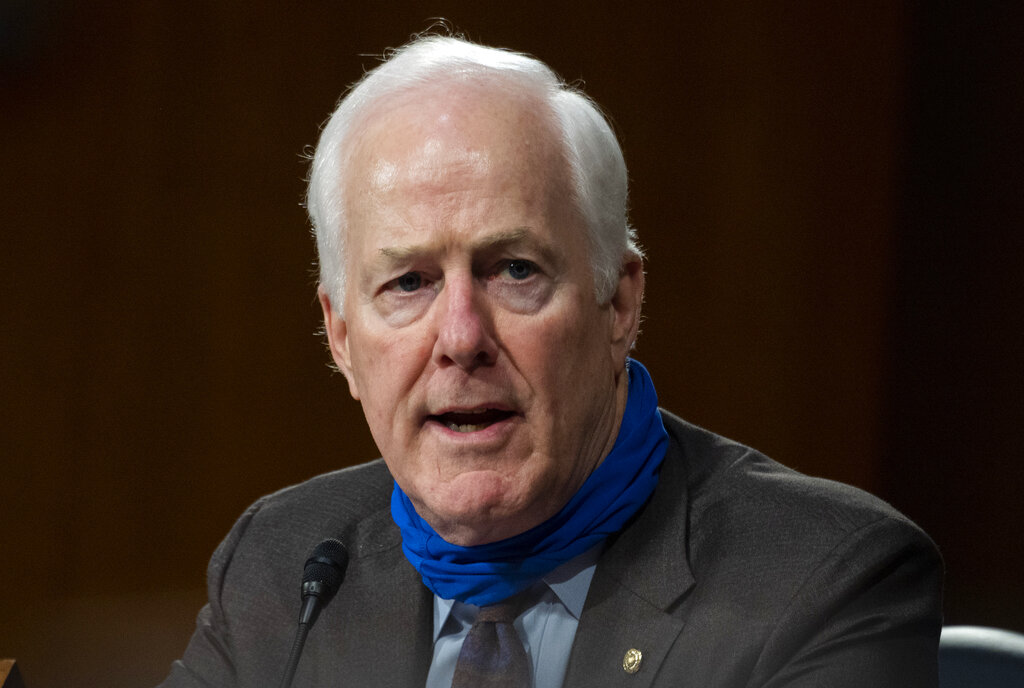 “Despite calls from some to defund, or even disband the police, I believe these steps would do far more harm than good…it’s not the right answer,” stated Sen. Cornyn. “Instead we need to do a top to bottom review of our criminal justice system, something that has not happened in more than fifty years.”

While Senate Republicans continue to urge caution against more radical proposals coming from the left, they also asserted the scope of the task before them does not elude them.

“None of us have had the experience of being an African-American in this country and dealing with this discrimination, which persists here some 50 years after the 1964 Civil Rights Bill and the 1965 Civil Rights Bill,” said McConnell. “We’re still wrestling with America’s original sin and we try to get better, but every now and then, it’s perfectly clear we’re a long way from the finish line.”

President Joe Biden holds pieces of a 9mm pistol as he speaks in the Rose Garden of the White House in Washington, Monday, April 11, 2022. Biden announced a final version of the administration’s ghost […]