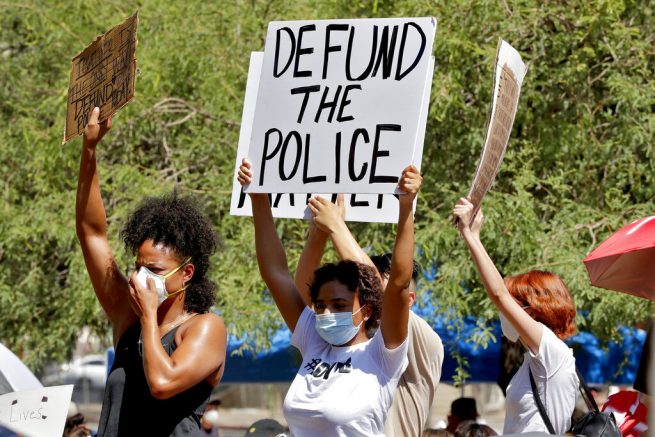 Protesters rally Wednesday, June 3, 2020, in Phoenix, demanding the Phoenix City Council defund the Phoenix Police Department. The protest is a result of the death of George Floyd, a black man who died after being restrained by Minneapolis police officers on May 25. (AP Photo/Matt York)

Protesters are clashing over a common message seen in demonstrations: ‘defund the police.’

On Monday, protesters in Washington, D.C. gave their take on the message with some criticizing the phrasing. Some believe the message is more about reforming police departments, not necessarily doing away with them.

Another criticism of the message has to do with the clarity or lack thereof. This group of protesters argue they should not have to explain their position and believe this is counter-productive to their efforts. They have advised others to focus their message on specific policies they hope to reform like mandatory minimums, de-privatizing prisons and demilitarizing police.

“I don’t think you should have to go out of your way to say ‘no defund the police isn’t this, it’s this’ because it’s so ambiguous and vague, said protester Ellis Wilder. “I don’t know what that really looks like and I’m not sure that is even the right strategy.”

Responses from city officials across the country are mirroring the disunity of the message as they struggle to meet the demands of protesters. Over the weekend, Minneapolis Mayor Jacob Frey was booed out of protests after refusing to abolish police.

Black Lives Matter co-founder Alicia Garza tried to clarify the message by arguing it is about reorganizing communities’ priorities. 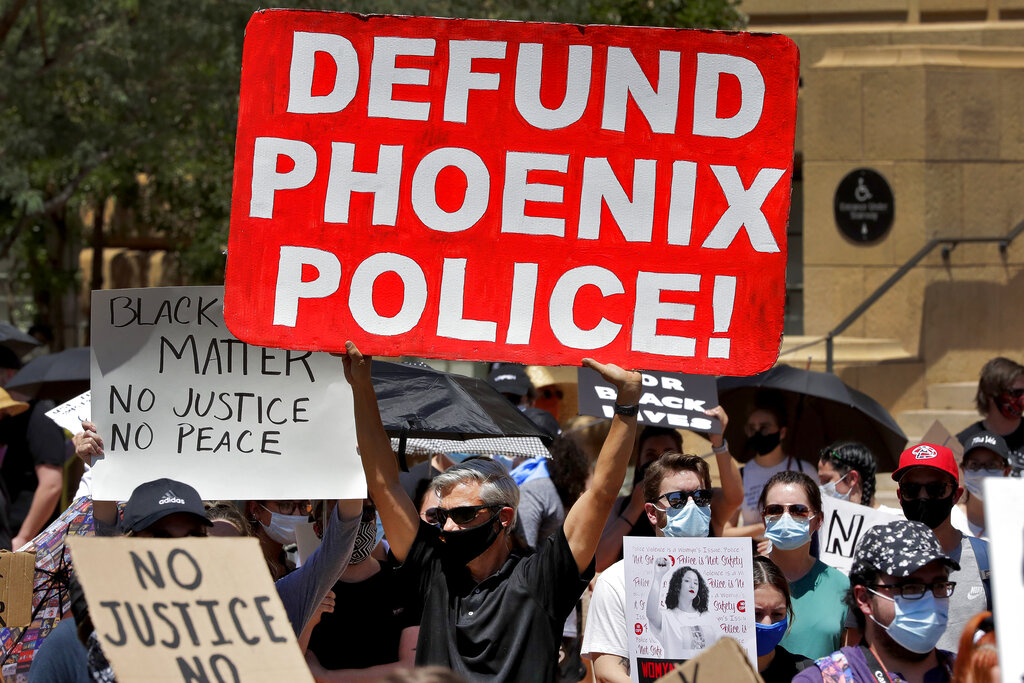 In this June 3, 2020, photo, protesters rally Wednesday, June 3, 2020, in Phoenix, demanding that the Phoenix City Council defund the Phoenix Police Department. Key Democrats, including presumptive presidential nominee Joe Biden, are rejecting liberal calls to “defund the police” as President Donald Trump and his allies point to the movement as a dangerous example of Democratic overreach.(AP Photo/Matt York)

Meanwhile, President Trump and his administration have stressed they will not push policies to defund police departments. The president also slammed recent legislation proposed by Congress, which could limit legal protections for police officers and establish a national database documenting excessive force incidents.

Political analysts predict President Trump will continue to tout a tough stance on “law and order” throughout his campaign.

A former White House adviser has been arrested and charged by the FBI with stealing $218,005 from charter schools he helped found. Seth Andrew, 42, served under former President Barack Obama as a senior adviser […]

Music calls out to us, evoking an array of feelings, and at its best, it renews a sense of aliveness and hope within us. A masterfully crafted musical composition renews our spirits and gives us […]