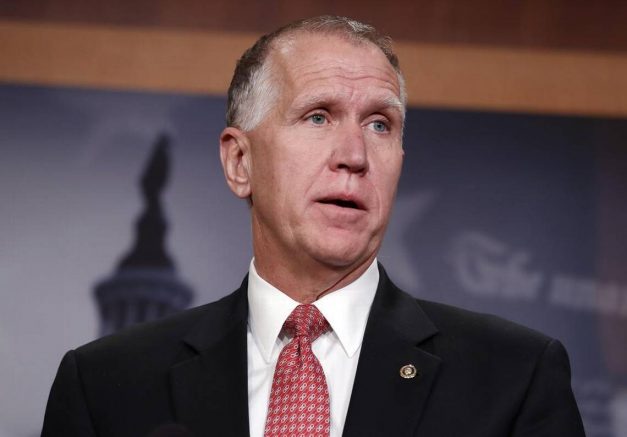 Tillis is facing a major challenge from Democrat Cal Cunningham who’s part of the Democrat effort to flip the Senate blue. With his most recent ad spot, Tillis’ campaign has spent more than $1.2 million on general election advertising.

The Republican senator prides himself on growing up in a family living paycheck-to-paycheck, while building himself from the ground up. Tillis’ campaign has vowed to advocate for those with similar backgrounds to him and have said he will fight for their jobs.

I went from short-order cook, to warehouse clerk, to partner at IBM.

And now, all North Carolinians deserve to have the opportunity to achieve the American Dream, just like I did.

That’s why my job is fighting for your job. pic.twitter.com/Stqh0g70Wt

With Tillis and Cunningham neck-and-neck in the polls, the race in North Carolina is expected to be one of the most expensive of the election cycle.

Secy of State Pompeo: Chinese communist gov’t is a predator

IRVINE—A man and woman who were barricaded inside an apartment in Irvine for more than eight hours following a high-speed pursuit of a stolen vehicle were in custody April 29. The couple was suspected of […]