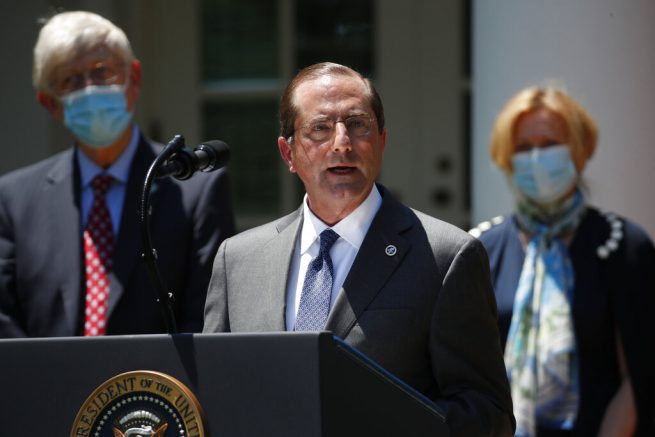 Department of Health and Human Services Secretary Alex Azar speaks about the coronavirus in the Rose Garden of the White House, Friday, May 15, 2020, in Washington. (AP Photo/Alex Brandon)

The White House seems to be sending mixed signals on its attitude towards the CDC as officials have differing opinions on the agency’s coronavirus response.

“Early on in this crisis, the CDC, which really had the most trusted brand around the world in this space, really let the country down with the testing,” stated Navarro.

The trade adviser argued the CDC setback the country’s testing efforts by failing to expand testing beyond it’s agency and having bad tests. He went on to advocate for easing the agencies’ social distancing guidelines, citing the effects the lockdown has had on Americans’ unemployment, mental and physical health.

Navarro stressed hospitals are focusing on treating patients with COVID-19 and, in turn, are neglecting other health procedures like mammograms, cervical examinations and other critical medical evaluations. 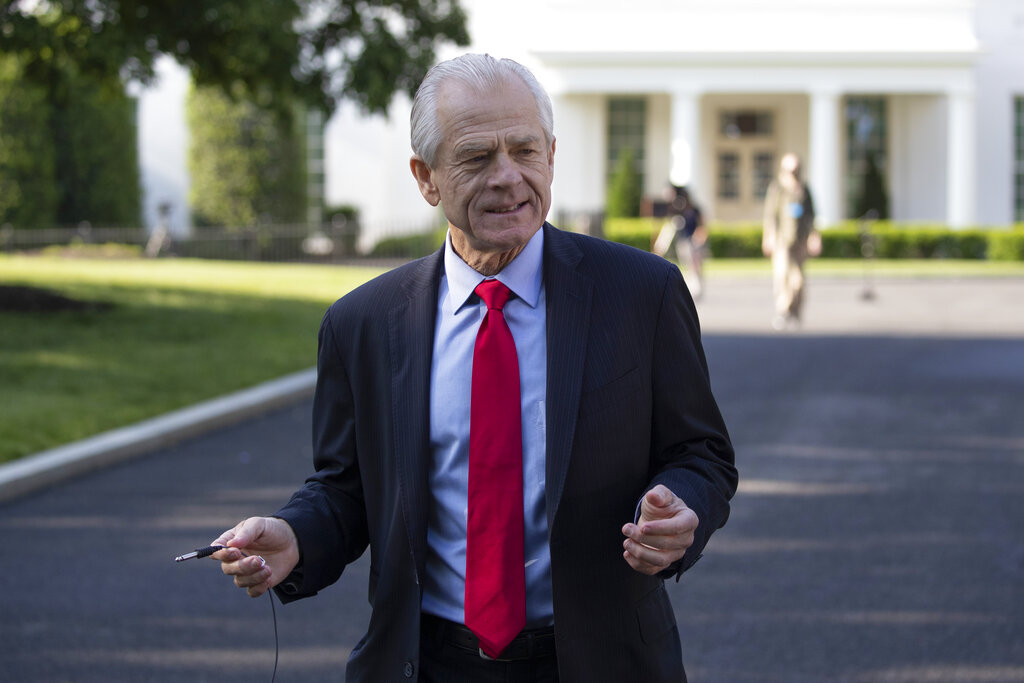 White House trade adviser Peter Navarro walks to do a television interview at the White House, Friday, May 15, 2020, in Washington. (AP Photo/Alex Brandon)

However, Azar was more empathetic to the CDC and claimed the situation was unprecedented.

“We have had to literally build this from the ground up…that’s what some folks don’t quite understand here,” he explained. “…is that the CDC’s role is to develop an initial, fairly low throughput public health test that health labs will do for initial diagnosis.”

Azar said the role of the CDC was to establish testing infrastructure by setting up private companies, so they can scale up testing efforts. While the secretary admitted there was a minor setback with faulty tests, the CDC was never meant to be the backbone for mass testing.

Meanwhile, he touted the Trump administration’s vaccine goal to produce more than 300 million doses by the start of next year.

An immigrant who purchased the land where he crossed over into the U.S. illegally said he won’t stop other migrants from doing the same, BuzzFeed News reported Friday. Ociel Mendoza illegally entered the U.S. when […]

President Joe Biden announces a ban on Russian oil imports, toughening the toll on Russia’s economy in retaliation for its invasion of Ukraine, Tuesday, March 8, 2022, in the Roosevelt Room at the White House […]