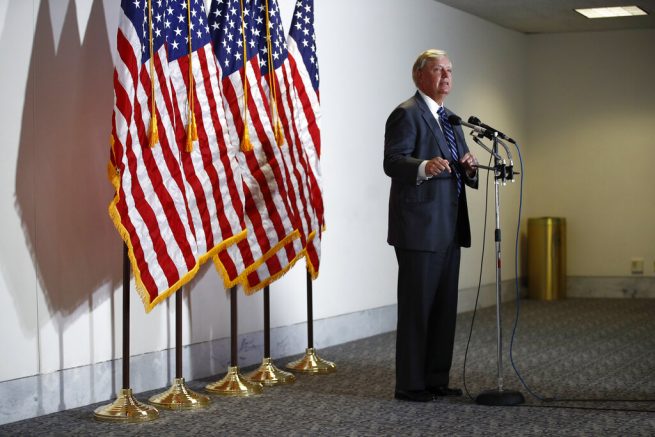 On Thursday, he confirmed the hearings will begin June 1st. He also expressed his great concern over the potential precedent that could be established by calling a former president to testify.

“No president’s above the law, but we do have separations of powers. I think it’d be a bad precedent to compel a former president to come before the Congress. That would open up a can of worms and, for a variety of reasons, I don’t think that’s a good idea. But we will do a lot of oversight.”– Lindsey Graham, U.S. Senator

Earlier this week, Director of National Intelligence Richard Grenell sent Congress a list of Obama administration officials who “unmasked” General Flynn, which later turned into the FBI ambushing him.

Sen. Graham has questioned whether there was enough evidence to initiate the Mueller investigation in the first place. In the meantime, he has opened the door for former President Obama or President Trump to come testify as part of the committee’s investigation.

This came after the president encouraged Sen. Graham to call Obama to testify.

If I were a Senator or Congressman, the first person I would call to testify about the biggest political crime and scandal in the history of the USA, by FAR, is former President Obama. He knew EVERYTHING. Do it @LindseyGrahamSC, just do it. No more Mr. Nice Guy. No more talk!

Chinese Migrants Working on the Regime’s Belt and Road Initiative

Chinese migrants signed on to work for the CCP’s (Chinese Communist Party’s) Belt and Road Initiative (BRI) with hopes of earning a good wage and sending support to their families back in China. Instead, they […]

China’s exports to North Korea reached a six-month high in March, and was over 398 times the total of the previous two months, China’s General Administration of Customs reported on April 18. China has been […]