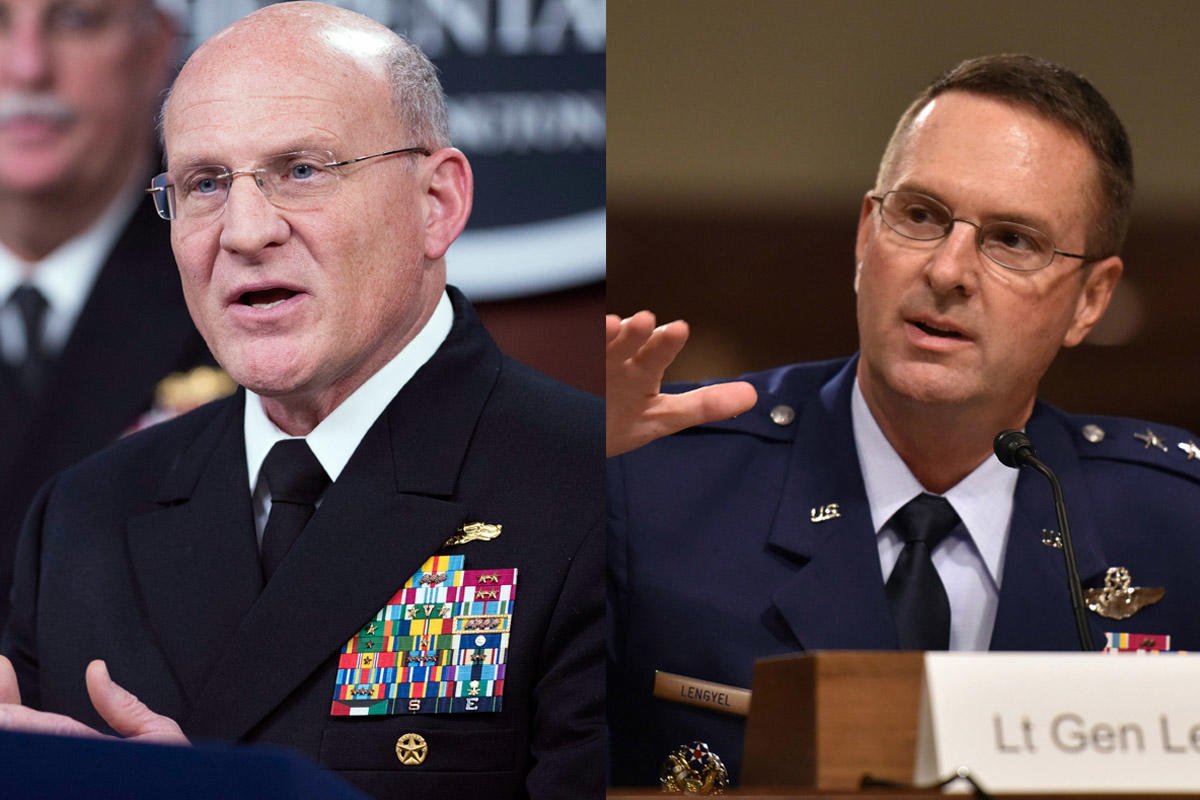 Two top U.S. military leaders are now in quarantine after one tested positive for the illness caused by the novel coronavirus and another was exposed to a family member with the disease.

Chief of Naval Operations Adm. Mike Gilday is spending the week quarantined after having contact with a family member who tested positive for COVID-19, a Defense Department official said Sunday night. Gilday has tested negative for the illness but will remain isolated, the official said.

The CNO was not present at Saturday’s meeting at the White House with the other Joint Chiefs and several cabinet members.

The head of the National Guard, Gen. Joseph Lengyel, also tested positive for COVID-19 on Saturday, according to the official. A second test Lengyel took the same day came back negative, the official added, and the general is expected to undergo a third test Monday morning “to confirm his negative status.”

It’s not clear which COVID-19 test was administered to Lengyel, but some are known to produce false negatives. A March fact sheet from the Centers for Disease Control and Prevention warns those undergoing a real-time diagnostic panel for COVID-19 that some patients who test negative for the virus could have it.

Bloomberg News reported Sunday that Lengyel learned of his positive test just ahead of the Saturday White House meeting after taking a rapid COVID-19 test.

As of Friday, the military had 5,171 confirmed cases of COVID-19 among its uniformed personnel. Two service members, a National Guardsman and a sailor, have died from the illness. More than 110 troops have been hospitalized.

The Navy has seen the most cases across all the military branches, with more than 2,100 sailors testing positive for COVID-19. About half of those cases have been among the crew members of the aircraft carrier Theodore Roosevelt.

That entire crew has now been tested for the illness, and the Navy has since stopped reporting the number of positive cases among its members.

Photos of the Saturday meeting at the White House showed the members of the Joint Chiefs of Staff sitting without any social distancing measures in the Cabinet Room. No one photographed — including the general officers, President Donald Trump and Defense Secretary Mark Esper — was wearing a mask.

The Pentagon has directed all troops across the military to wear masks when social distancing measures are not possible.

Read more: What You Need to Know About the Military’s New Face Covering Policy

Montana’s highest court has upheld a judgment against a Lynchburg, Virginia, man who solicited at least one investor in his business dealings by claiming to have been a U.S. Marine. The Montana Supreme Court last […]

CARACAS, Venezuela (AP) — Venezuela’s chief prosecutor ordered the arrest Friday of a former Green Beret and two opposition figures living in the United States for their purported role in a botched operation aimed at […]