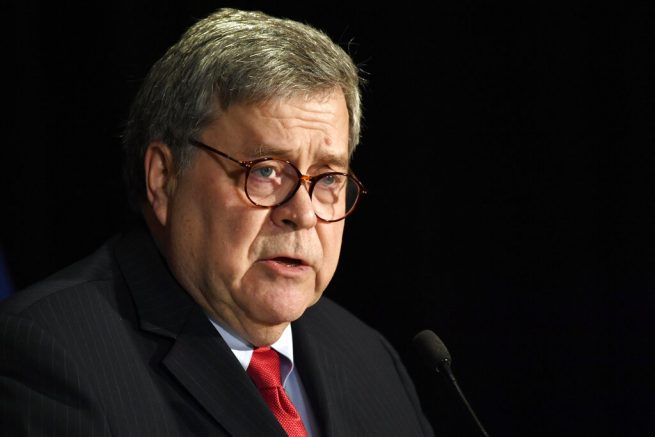 Attorney General William Barr has called the use of the infamous Steele dossier during the Mueller investigation “troubling.” During an interview this week, Barr noted during testimony on Capitol Hill, he was concerned about the dossier and former British spy Christopher Steele’s work.

He was worried both were being used as a “vector by Russians to inject disinformation into a political campaign.”

He added Special Investigator Robert Mueller was responsible for looking at potential Russian influence, but it was ignored.

“One of the things you have to guard against, both as a prosecutor and I think as an investigator, is that if you get too wedded to a particular outcome and if you’re pursing a particular agenda, you close your eyes to anything that sort of fits with your preconception,” stated Barr.

According to the attorney general, Mueller should have investigated the dossier further. He declined to comment whether he saw additional evidence of political bias in the Russia investigation.

Over Two-Thirds of Voters Cast 2020 Ballots Early or by Mail: Census Bureau

Newly released survey data from the Census Bureau found that over two-thirds of voters cast their ballots by mail or before election day for the 2020 presidential election. The bureau found that 69 percent of voters […]

Nancy Pelosi calls for diplomatic boycott of Beijing Olympics in 2022

Speaker of the House Nancy Pelosi, D-Calif., speaks during the signing ceremony of the COVID-19 Hate Crime Act, on Capitol Hill in Washington, Wednesday, May 19. 2021. (AP Photo/Jose Luis Magana) OAN NewsroomUPDATED 11:49 AM […]