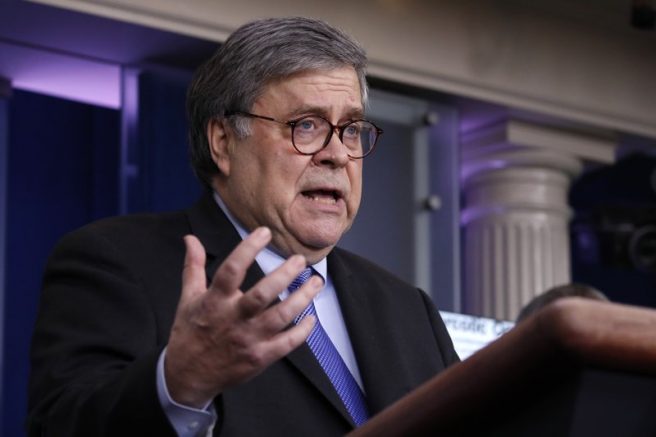 The Department of Justice is flexing its federal powers as it looks to protect Americans’ civil liberties.

In a memo Monday from U.S. Attorney General William Barr to federal prosecutors, he tasked them with looking out for state and local health policies that may overstep their constitutional authority. This was ordered in hopes governments can move forward from the pandemic without infringing on personal freedoms.

.@Yamiche asks about the possibility of the federal government suing local/state authorities.

President Trump: “It would depend on the state.”

Barr added that states cannot discriminate against religious and so-called “unfavored speech” nor can they interfere with the national economy without just cause.

Religious institutions and local governments have been in a constant quarrel as the COVID-19 pandemic forced church services to shut down to abide by social distancing guidelines.

In response, pockets of residents throughout the country have begun protesting the restrictions and called on their elected leaders to lift stay-at-home orders as well as reopen their economies. 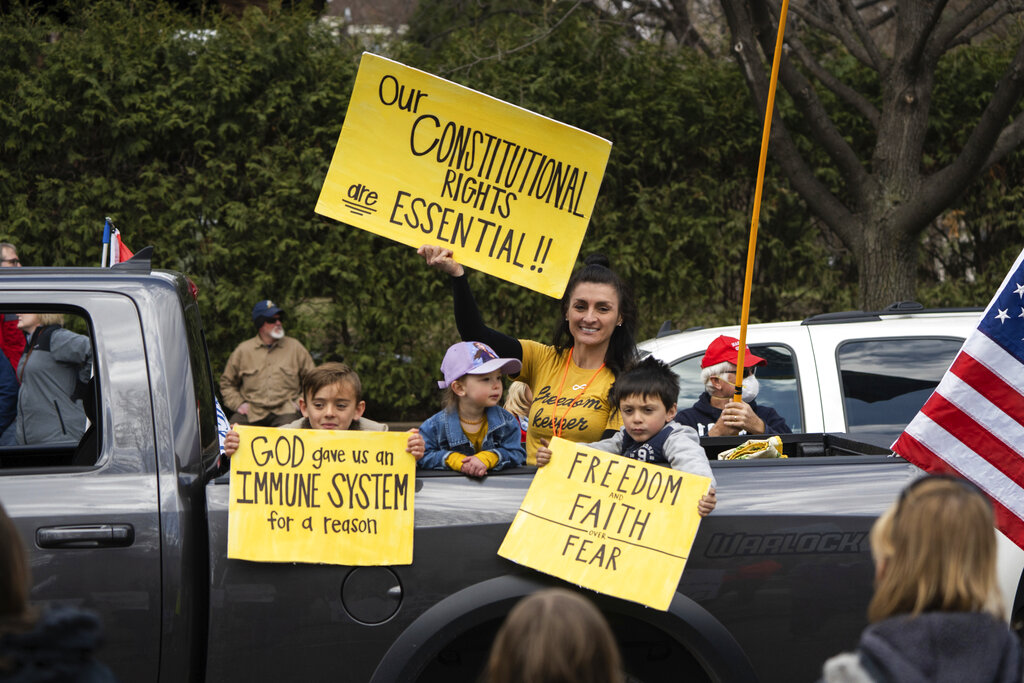 A family protests from the back of a truck driving down Summit Avenue during a “Liberate Minnesota” protest in St. Paul, Minn., on Friday, April 17, 2020. A growing number of protests are being staged across the U.S. to oppose stay-at-home orders amid the coronavirus pandemic. (Evan Frost/Minnesota Public Radio via AP)

The Justice Department said it does intend on letting officials decide their recovery policies, but will challenge orders they feel are overbearing or infringing upon constitutionally protected rights.

“And if we think one goes too far, we initially try to jawbone the governors into rolling them back or adjusting them,” explained Barr. “And if they’re not and people bring lawsuits, we file statement of interest and side with the plaintiffs.”

The U.S. attorney general stressed these policies would be unfavorable during “regular times” and said the Constitution remains in effect even during a global crisis. He assured the Department of Justice isn’t looking to step on the toes of local and state officials.

Barr has called for officials on all levels of government to work together.

Ga. federal judge declines to strike down parts of voting law ahead of July 13 runoff elections

White House: Meat supply ‘back up and running’ soon