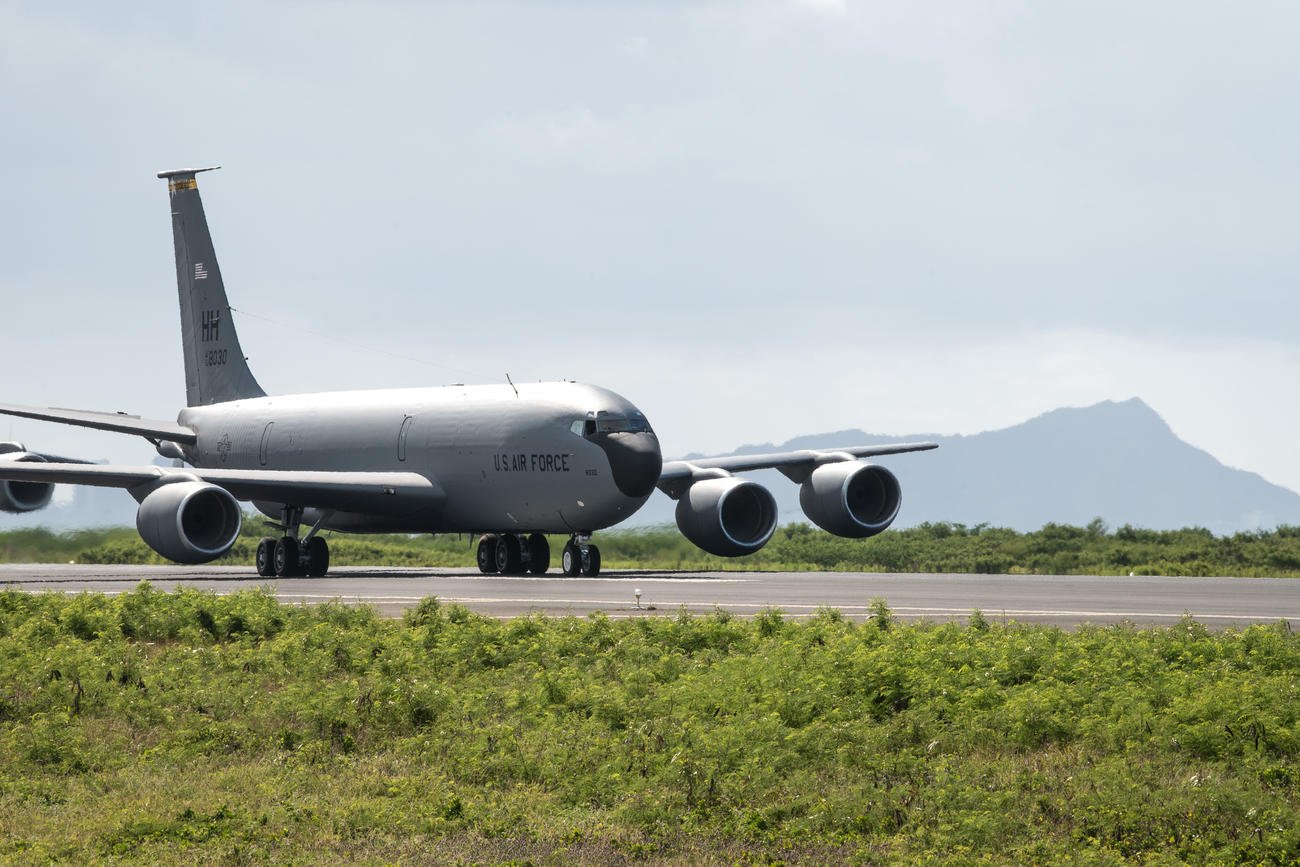 The Air Force recently proved through a series of tests that its KC-135 Stratotanker aircraft can fly more efficiently just by mounting the cockpit window’s wiper blades vertically instead of horizontally. The potential fuel cost savings: about $7 million per year.

Researchers with the Advanced Power and Technology Office, part of the Air Force Research Laboratory, and the Southwest Research Institute, assessed the KC-135 after similar tests were conducted on a commercial McDonnell Douglas MD-11 cargo airliner. The commercial tests showed the new blade direction reduced its flight drag by 1.2%.

“Across the KC-135 fleet, blades are positioned horizontally on the windshield as part of the aircraft’s original 1950s design,” officials said in a news release. “However, as the understanding of aviation aerodynamics advanced, research indicated placing the wipers vertically when not in use could improve aerodynamic efficiency and optimize fuel use.”

The monthslong ground tests at Rickenbacker Air National Guard Base in Ohio, home of the 121st Air Refueling Wing, indicated aircraft drag can be reduced by approximately 1% during cruise conditions, the service said.

Using “computational fluid dynamics,” or CFD, the aeronautical engineers “were able to model how air flows over the nose and windshield of the aircraft during flight, simulating both vertical and horizontal wiper positions,” the release said.

The data collected revealed drag was reduced 0.8% just by moving the blade vertically, and 0.2% for a slimmer wiper design on the cockpit’s window.

“While 1% efficiency may not seem like a lot, it equates to millions of dollars in fuel savings each year, which can then be re-invested into other programs,” Daniel Pike, acquisition manager and chief of future operations for Air Force Operational Energy, said in a statement.

For example, the KC-135 fleet used more than 260 million gallons in fiscal 2019, the service said, citing the Air Force Total Ownership Cost database. That accounts for roughly 14% of the Air Force’s total fuel use across its aircraft fleets.

“When you combine the results of optimization efforts across multiple aircraft, you start to understand how much of an impact this could have,” Pike added.

The Air Force will next move on to airworthiness testing in order to receive the proper certifications from the Federal Aviation Administration. Engineers will also improve the wiper design before heading into the next test phase sometime this summer.

The service plans to share its findings with Delta Airlines to help assess whether a similar layout could be used on its Boeing 767 fleet, the release said.

Units across the service have been searching for new ways to drive down spending in various ways.

The effort — to make a more easily transportable stool that props up the plane’s rear loading ramp — would create an annual savings of “approximately $375,000 for the Air Force and up to $1.7 million if the new milk stool is adopted across the entire C-130 fleet,” officials said at the time.