At least two people were killed and about a dozen others injured after a gunman claiming allegiance to ISIS opened fire and took hostages at a supermarket in southwest France on Friday, according to reports.

The suspect asked for the release of Salah Abdelslam, the prime surviving suspect in the November 2015 attack in Paris that killed 130 people, according to BFM TV.

The attacker — reported to be a Moroccan national who was known to authorities – killed the two people at a Super U store in the town of Trèbes, a security source told Agence France-Presse.


Trèbes Mayor Eric Menassi told BFM that the hostage-taker was now alone with one police officer in the supermarket after freeing all the hostages.

A dozen people were injured in the incident, officials said.

Police also responded to an earlier shooting of a police officer in the town of Carcassonne, about a 15-minute drive away, which took place at about 11 a.m. local time. 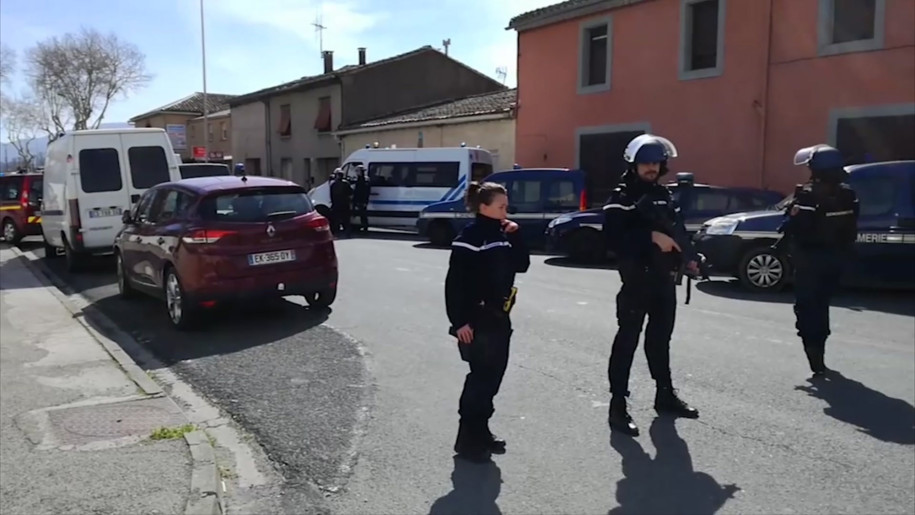 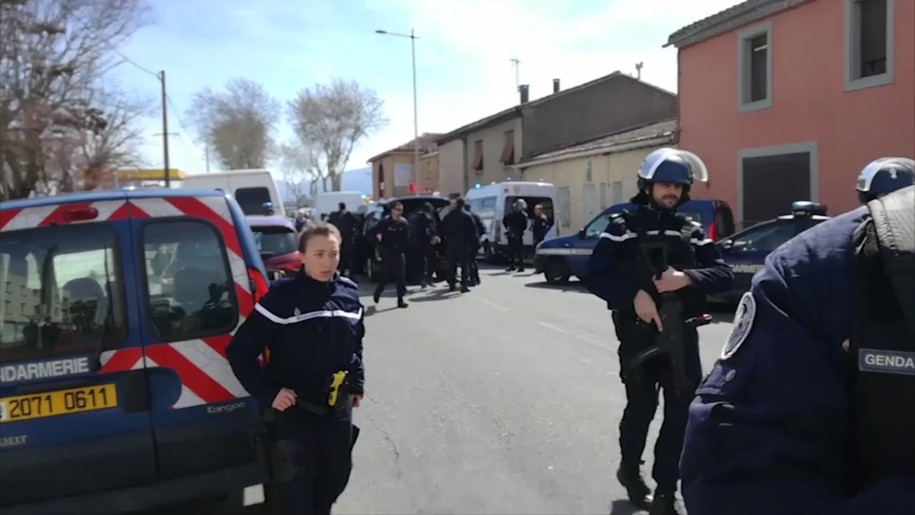 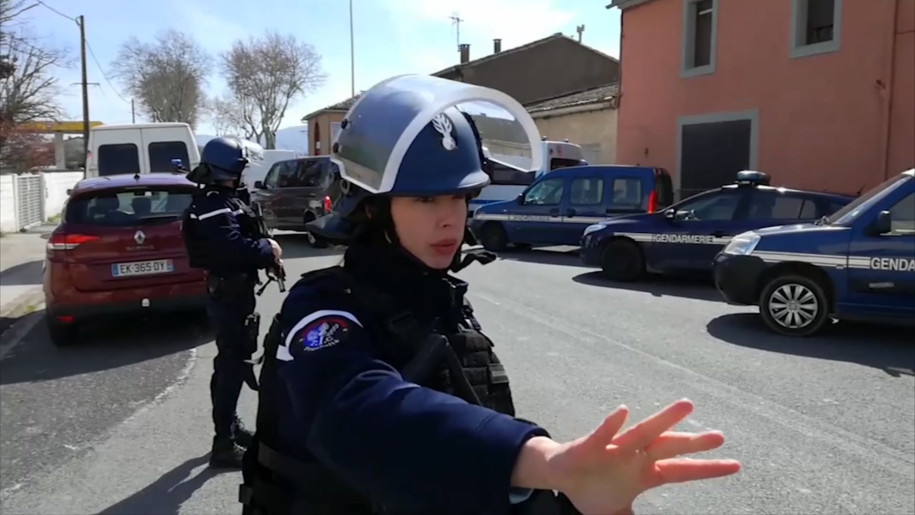 The gunman shouted “Allahu Akbar!” – Arabic for “God is greatest” – before storming into the Super U, where he claimed allegiance to ISIS and opened fire, the local prosecutor’s office said.

One of his victims was a butcher, according to local reports.

Authorities were treating the incident in the medieval town of about 5,000 residents as a terror attack.

According to French newspaper Le Depeche du Midi, the suspect was armed with one or more grenades and said he wanted to “avenge Syria.”

A witness said he also was armed with knives and a handgun, Le Figaro reported.

The man first fired six shots at unnamed cops based in Marseille who were on their way back from jogging near Carcassonne, said Yves Lefebvre, secretary general of SGP Police-FO police union.

One cop suffered a shoulder injury but it was not serious, Lefebvre said.

It was believed the attacker initially tried to run the officers over in a vehicle before opening fire, The Local reported.

“They threw themselves to the floor but one of them was hit in the shoulder,” a source told France Info radio.

The suspect then went to the Super U supermarket in Trèbes, where he shot two people, Lefebvre said.

A witness named Karim, 55, told France info radio: “I heard shots fired around 11:10 a.m. At that moment there were only a few gendarmes (military police) around but now there are between 200 to 300.”

Prime Minister Edouard Philippe said all information suggested it “seems to be a terrorist act.”

France has been on high alert since a string of Islamic extremist attacks in 2015 and 2016 that killed more than 200 people.