News Ticker
Oh this is interesting.  John Conyers in the AG Sessions testimony before the Judiciary Committee is attempting to twist the hearing to imply that in looking into Clinton crimes, that the President and Justice Department are wielding their power to target political opponents.
That sounds like it’s racist to arrest a black criminal. In 2013 EEOC sued BMW for conducting criminal background checks as part of it’s hiring process. The suit alleged that since more black people had criminal records, that this hiring practice unfairly discriminated against blacks.
Here’s the deal. Neither race or political party can be used as a shield for crimes. If you’re black, white, democrat or republican and you did the crime, you should go down for it.
For 8 years they shielded Obama against all criticism by saying it was racist. Now that Hillary is not black they’re screaming that it’s anti-leftist. STOP COMMITTING CRIMES …. AVOID PROSECUTION.
[adrotate group=”5″]

During Comey Testimoney, he said that while Hillary’s actions were unlawful, they would not prosecute her because Hillary Lacked Criminal Intent. Does that mean that because she was a Democrat, she thought it was OK?

Does anyone think that Robert Mueller may be a good example of using the judicial process for political reasons ? And yet … we’re expected to believe that looking into the Clintons is off limits because they’re Democrats,
Horse poop. They’re looking to cover their own asses with this one. They want to make investigating Democrats, “off limits” because it might have the appearance of political impropriety.
You know what really stinks of political impropriety? An entire party shielding a known criminal because the whole party is just as corrupt. And don’t tell me it’s not. They co-mingled campaign funds and rigged their own primary.
[adrotate group=”5″]
It’s laughable too, to watch people like John McCain, have to take of their “Republican Costumes” and step across the aisle buck naked, to vote with Democrats to hide the fact that he is guilty too. Don’t worry John, I don’t think anyone noticed your ass hanging out in the wind for that one.
Everyone told Trump to fire Mueller, but we all knew there was no Russia Collusion, so they let them have their day. Suddenly the magnifying glass turns to criminals who happen to be Democrats, and they are scrambling for every weasel social, political and legal trick possible to stop an investigation.
I see an awful lot of naked democrats that are coincidentally standing next to John McCain. Are we saying we can’t profile naked, lying criminals to investigate for crimes ? Lets be 100% honest here. Is there anyone here that over the course of the last year, has NOT said to themselves …. “They’re not even bothering to hide it anymore.” ?
Everyone knows who the thieves are on BOTH sides. There were a lot of spotlights shining over the last couple of years, and the battle was so pitched … even the cockroaches didn’t run for cover when it shined on them. There is no putting that Genie back into the bottle no matter how much they try. 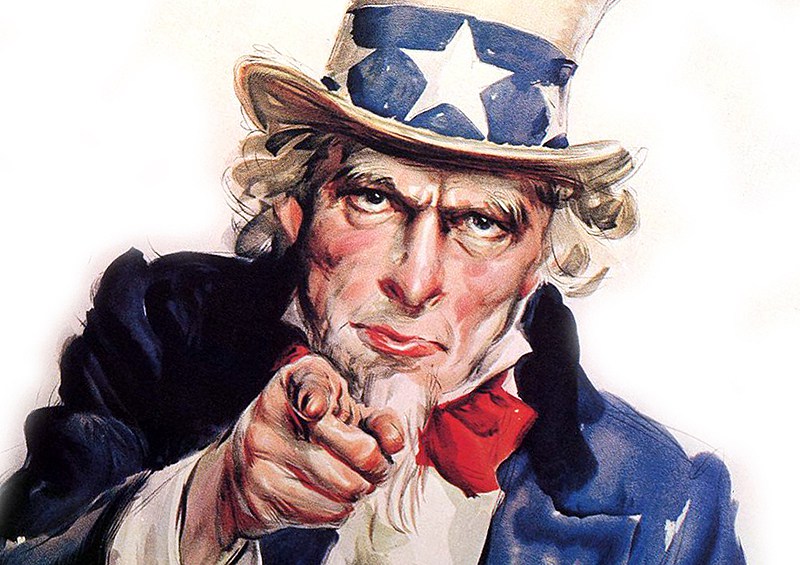 The light is still shining, vampires are starting to smolder. They will do anything to turn that light off now. We’ve got extra batteries and a charger, though. We’re coming for You!
All of You.

On this day in 1774, British Parliament passes the Boston Port Act, closing the port of Boston and demanding that the city’s residents pay for the nearly $1 million worth (in today’s money) of tea […]

The U.S. Supreme Court hands down its decision on Sanford v. Dred Scott, a case that intensified national divisions over the issue of slavery. In 1834, Dred Scott, a slave, had been taken to Illinois, […]