News Ticker
Minuteman Alert !!!
PLEASE BE ADVISED: PD has been advised that ANTIFA will be planning home invasions on November 4th.
They have been instructed to dress up as Trump supporters, mailmen, and people selling candy.
Be especially vigilant when answering the door tomorrow.
A wise man or woman would always have some means of personal protection, however if you do not, then use observation and situational awareness.
This is a well funded international socialist/communist organization that openly fly a hammer and sickle flag. This is real, this is what police are looking out for, and no one has seen a white supremacist since the 1950’s.
If you still don’t understand what is happening to America, shame on you. This is a cold war going hot in our streets, and it is paid for and directed by foreign powers conducting political/economic operations against the United States of America. And because they control the media too, they’re expertly convincing you that it is not happening, so that America will not even defend itself.
A generation of marxists have graduated from a leftist education system, and been taught to hate America. Because those that are taught to hate her, will not defend her.
This will be the great trial of our time. It is clearly coming into focus now. There are 3 positions you can take.
1) You can take the position of millions of Veterans, police and their families, who have all sworn an oath, as have I, to preserve and protect the constitution of the united states, and stand by your country.
2) You can standby and watch, and see what happens. Although I don’t know how you can look your children and grandchildren in the eye and do that.
3) Or you can believe the propaganda and paid agitators in the streets, and succumb to the belief that America is inherently evil and racist, and must be destroyed. Not just destroyed, but all memory of her erased. 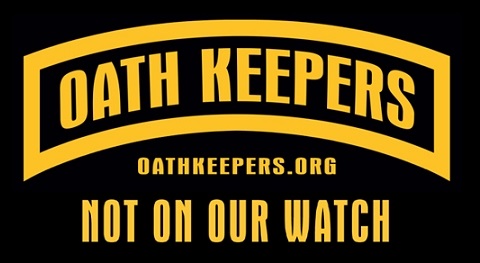 As a member of Oath Keepers, I can assure you, It will not happen on our watch. Please remember we are here as Americans to support America, and to protect our communities. We will provide assistance to all police in need, and provide stability and security for all Americans, regardless of race or religion.
As we honor those that have fallen for our great nation, so we honor all our American brothers and sisters, we will preserve this land and Constitution that this nation, under God, shall have a new birth of freedom — and that government of the people, by the people, for the people, shall not perish from the earth.

Oath Keepers is a non-partisan association of current and formerly serving military, police, and first responders,  who pledge to fulfill the oath all military and police take to “defend the Constitution against all enemies, foreign and domestic.” That oath, mandated by Article VI of the Constitution itself, is to the Constitution, not to the politicians, and Oath Keepers declare that they will not obey unconstitutional orders, such as orders to disarm the American people, to conduct warrantless searches, or to detain Americans as “enemy combatants” in violation of their ancient right to jury trial