On This Day, October 23rd, 1983, Beirut Bombing. A suicide bomber drives a truck packed with explosives into the U.S. Marine barracks in Beirut, killing 241 U.S. military personnel. That same morning, 58 French soldiers were killed in their barracks two miles away in a separate suicide terrorist attack. The U.S. Marines were part of a multinational force sent to Lebanon in August 1982 to oversee the Palestinian withdrawal from Lebanon. From its inception, the mission was plagued with problems–and a mounting body count.

In 1975, a bloody civil war erupted in Lebanon, with Palestinian and leftist Muslim guerrillas battling militias of the Christian Phalange Party, the Maronite Christian community, and other groups. During the next few years, Syrian, Israeli, and United Nations interventions failed to resolve the factional fighting, and on August 20, 1982, a multinational force including 800 U.S. Marines was ordered to Beirut to help coordinate the Palestinian withdrawal.

The Marines left Lebanese territory on September 10 but returned in strengthened numbers on September 29, following the massacre of Palestinian refugees by a Christian militia. The next day, the first U.S. Marine to die during the mission was killed while defusing a bomb. Other Marines fell prey to snipers. On April 18, 1983, a suicide bomber driving a van devastated the U.S. embassy in Beirut, killing 63 people, including 17 Americans. Then, on October 23, a Lebanese terrorist plowed his bomb-laden truck through three guard posts, a barbed-wire fence, and into the lobby of the Marines Corps headquarters in Beirut, where he detonated a massive bomb, killing 241 marine, navy, and army personnel. The bomb, which was made of a sophisticated explosive enhanced by gas, had an explosive power equivalent to 18,000 pounds of dynamite. The identities of the embassy and barracks bombers were not determined, but they were suspected to be Shiite terrorists associated with Iran.

After the barracks bombing, many questioned whether President Ronald Reagan had a solid policy aim in Lebanon. Serious questions also arose over the quality of security in the American sector of war-torn Beirut. The U.S. peacekeeping force occupied an exposed area near the airport, but for political reasons the marine commander had not been allowed to maintain a completely secure perimeter before the attack. In a national address on October 23, President Reagan vowed to keep the marines in Lebanon, but just four months later he announced the end of the American role in the peacekeeping force. On February 26, 1984, the main force of marines left Lebanon, leaving just a small contingent to guard the U.S. embassy in Beirut. 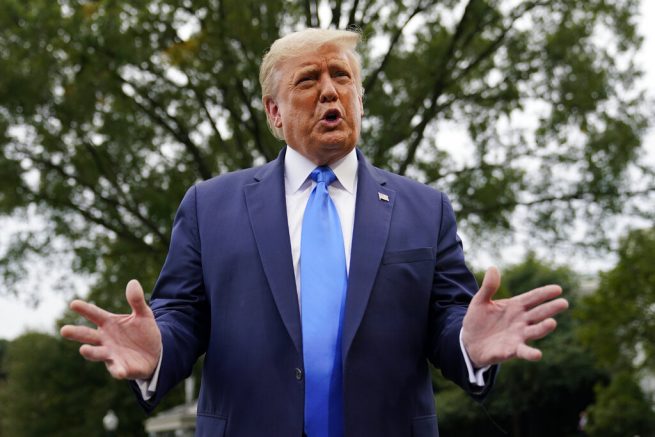 President Trump: Chris Wallace will take it easy on Biden during debate 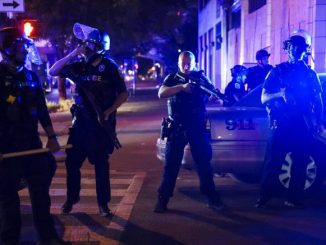